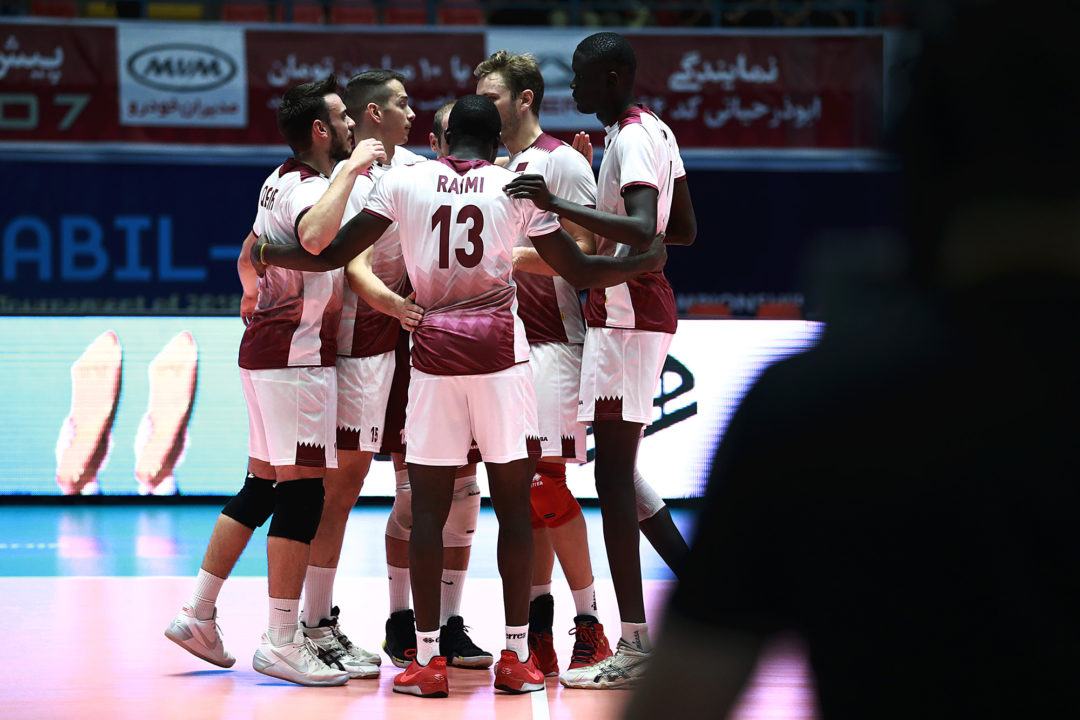 Qatar rallied from down 2-0 to steal away the five-set win over Korea on Day 1 of the Asian Qualifier.  Current Photo via AVC

The final round of qualification for the 2018 World Championships began on Thursday as Pool A play kicked off with a pair of matches.

The top two teams after the round robin action will earn the last two of four World Championship spots available for Asian Volleyball Conferederation teams. Japan and Australia claimed the first two slots by finishing 1-2 in Pool B qualification in July.

Korea won the first two sets with help from strong blocking and offense, closing out victories after leading at the final technical timeout. Qatar made some adjustments and Ratmt Wadidie shined as the team rallied from down 2-0 to tie the match, winning 25-21, 25-25-18 and 15-13 to steal away the match.

China grabbed early leads in Sets 1 and 2 and held on for the victories. After dropping a close 25-22 Set 3 after falling behind 8-5 early. China regrouped and made five substitutions to help lift the team to its first victory of the qualifier.