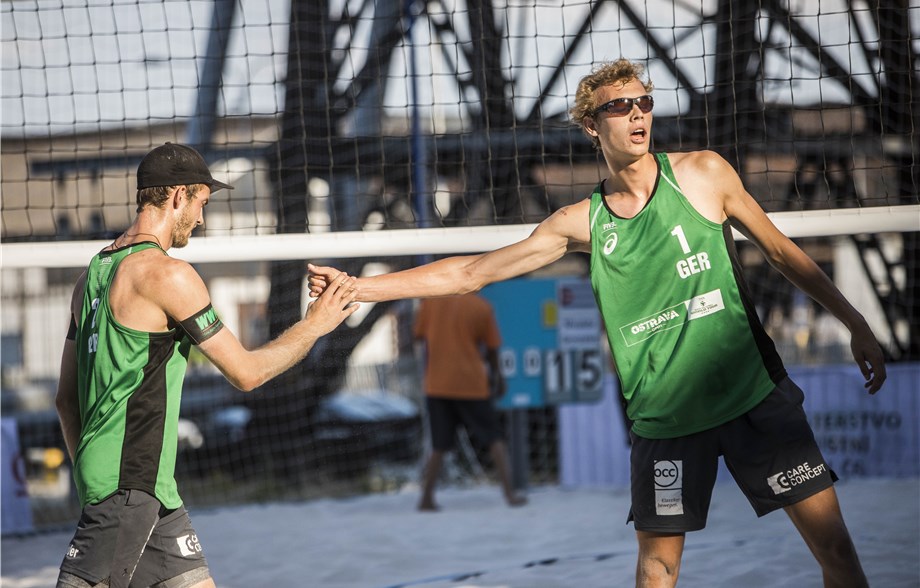 Six of the eight men's pool winners were crowned on Thursday before thunderstorm interrupted the action. Eight women's pool winners punched their tickets to the second elimination round.  Current Photo via FIVB

Thole/Wickler and Konstantin Semenov/Ilya Leshukov, who play for the Pool H title on Friday, each advanced through Wednesday’s qualifying matches with two victories.

Still to play in pool title matches are:

Other Americans in action in Ostrava are Kerri Walsh Jennings/Nicole Branagh, who play their second Pool B match on Friday. The pair fell to Russia’s Kholomina/Makroguzova 21-18, 21-19 to open the tournament. 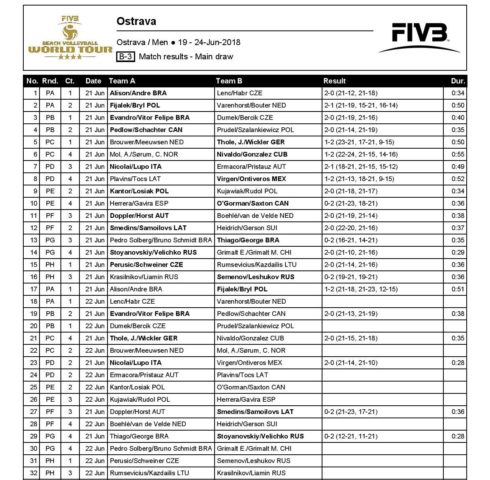 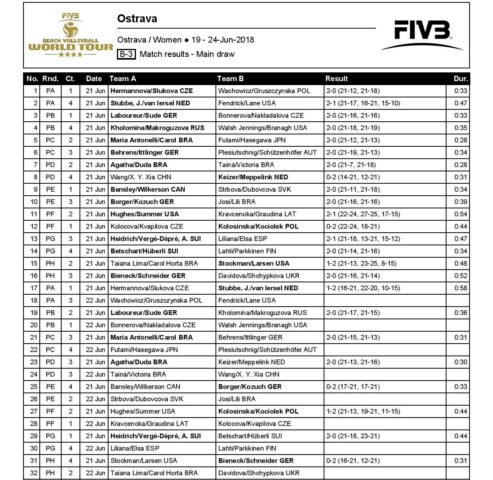