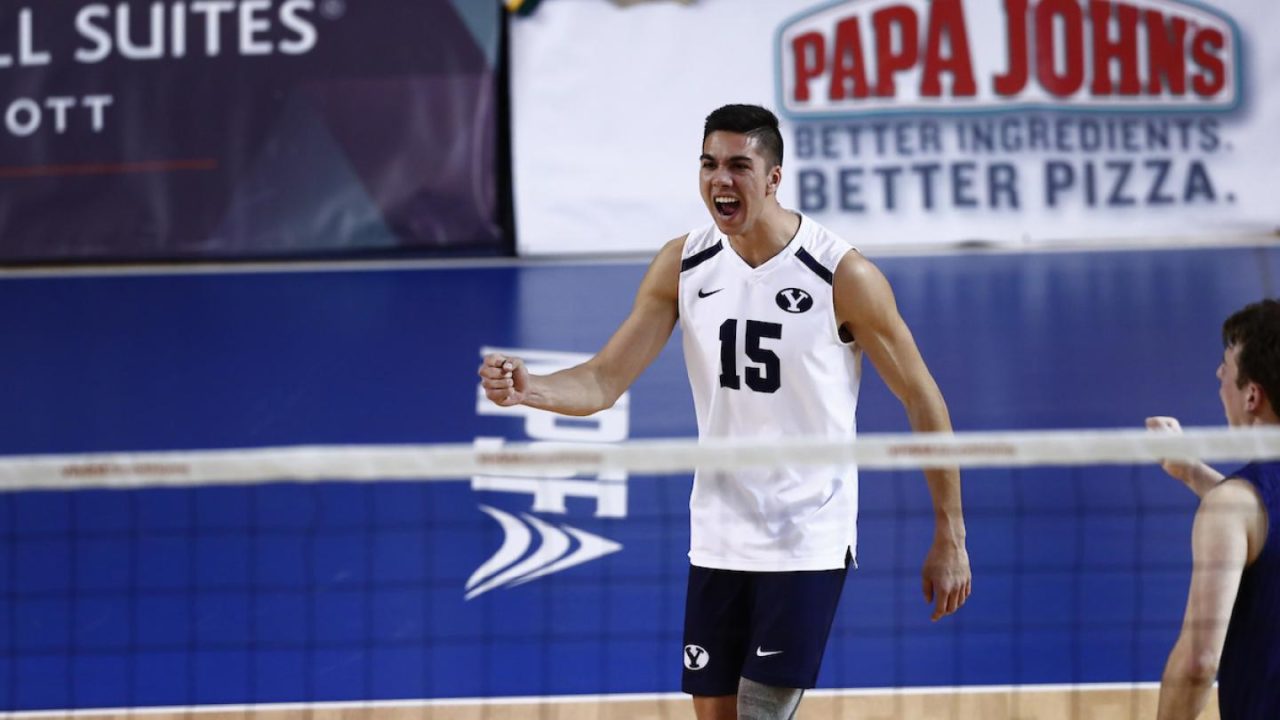 Brenden Sander is making his debut with Team USA this weekend in the Volleyball Nations League.  Current Photo via BYU

The roster for the United States in week 5 of the Volleyball Nations League is very similar to last week when the team played in Hoffman Estates, Illinois and finished 3-0. The only difference is an athlete being included for the first time at a world-level event, Brenden Sander. While Sander was on the preliminary roster for last year’s World League, he was never chosen to be a part of the 14-man roster that dresses out each week. He was a part of the young team which represented the United States at the Pan Am Cup in 2017, but this is his first inclusion at an FIVB competition.

John Speraw, the head coach of Team USA, called upon Sander this weekend as a reinforcement at the outside hitter position. Taylor Sander, Brenden’s brother, has not been used since the first weekend of the tournament as he awaits the birth of his first child. Just last weekend Thomas Jaeschke suffered a torn ACL in the match against Serbia. Sander will be teammates with Jaeschke at BluVolley Verona, though there has been no word as to when Jaeschke can start playing again.

Sander just finished his senior season at BYU, where he was twice named AVCA First-Team All-American. In addition to his national honors, Sander was named to the All-MPSF Team on 3 occasions. This included being First-Team All-MPSF twice. He left BYU with 1119 kills and a 0.321 career hitting percentage.

The United States currently sit in 2nd place in the Volleyball Nations League with 3 matches left to play. They go into the last weekend of the Preliminary around with a 10-2 record. Team USA will be playing in Pool 20, which is being hosted by Italy in the city of Modena. Pool 20 consists of Italy, France, Russia, and the United States.