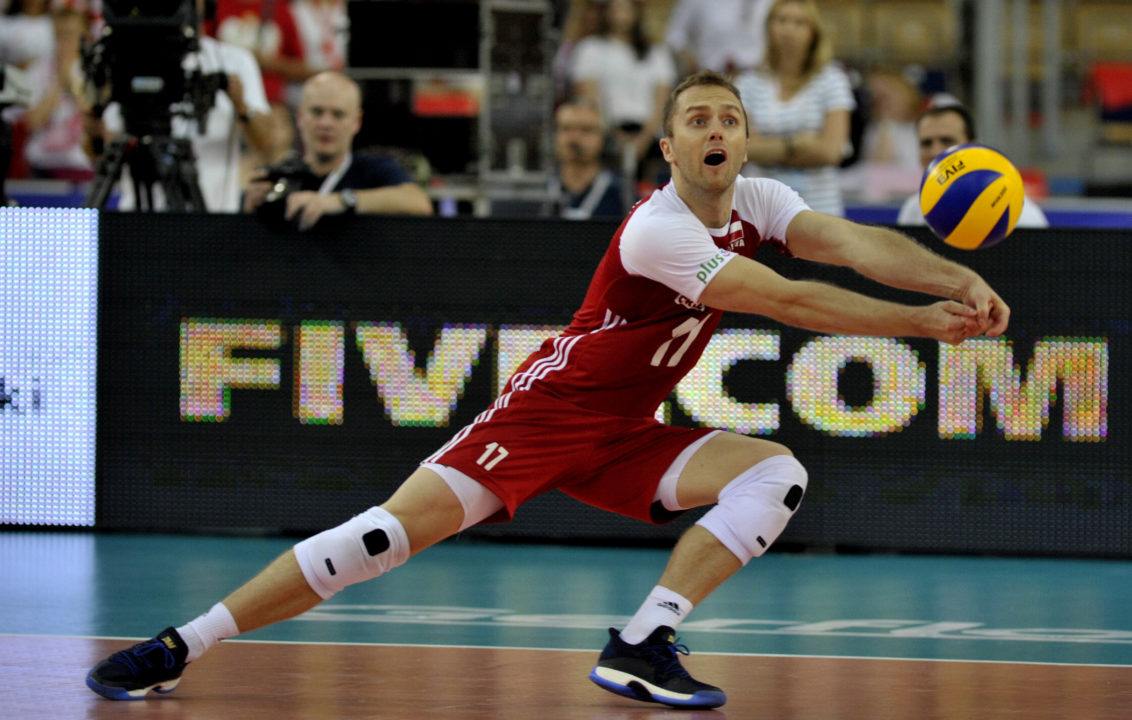 Pawel Zatorski says liberos need to not only be good in serve receive, but also to supply the team with a fight to the end of each play. Current Photo via FIVB

Poland’s libero Pawel Zatorski has spent a lot of time among the best teams in international competition as a member of the Polish national team, including a spot at the 2016 Olympics and on the 2014 World Champion team.

A four-time winner at the Polish national level and member of the Zaksa Kedzierzyn-Kozle club side, which won the Polish title in 2016, it is fair to say the libero might know a thing or two about what is needed to excel at the highest level.

Zatorski sat down with the FIVB and talked about his position and the need to not only be good in serve receive, but also to supply the team with a fight to the end of each play. Without the libero and serve receive, however, he points out that nothing else can happen.

He also reminisced about winning the 2014 World Championship with the Polish national team in front of their home crowd in Katowice.

Poland participated in the 2017 FIVB World League tournament, posting a 4-5 record, finishing eighth after falling to Team USA in the preliminary round finale. The loss helped the Americans reach the Final Six.