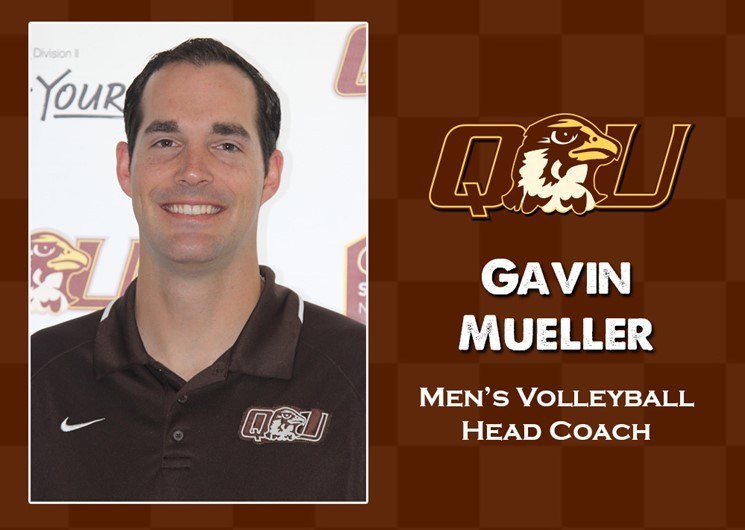 Quincy University has announced the promotion of graduate assistant Gavin Mueller as its new head men’s volleyball coach. Mueller is a... Archive Photo via Quincy Athletics

Mueller is a 2014 graduate of Quincy, and spent last season as a graduate assistant. In that one season, he assisted in all aspects of the program, the school said in a press release, including recruiting, practice planning, game planning, and travel. Before that, he spent a year coaching the Florida Elite Volleyball by DME team, working with the 15U national team.

“I want to thank Coach (Marty) Bell (vice president for intercollegiate athletics) showing the faith in me to lead the program,” Mueller said. “This University has given me so much and I am happy to be continuing in this role. We have many quality players returning next year and I look forward to getting back into the gym with them.”

Mueller replaces Bob Crank, who resigned on May 20th after serving as the interim coach for the last 14 matches of the season. He left to become an assistant for the women’s team at Southeast Missouri State. Crank took over for Hadley Foster, who was fired in late February during his 11th season leading the team.

The program was 3-12 when Crank took over, and finished the season 7-22 (4-10 under Crank’s tenure). Among the biggest signs of improvements was actually a 3-2 loss to Ball State on March 31st in Muncie. That’s notable because in Foster’s final game, Quincy was swept 3-0 by the same Ball State team, in spite of playing in front of a home crowd.

Quincy even managed to steal a set from Ohio State in the regular season finale before being swept by the Buckeyes in the opening round of the MIVA tournament. The team ranked 8th in the conference last season, qualifying for the conference tournament via tiebreakers over Fort Wayne – both teams had 2-14 conference records.