Kazakhstan Advances to Final Round of Asia’s World Champs Qualifier 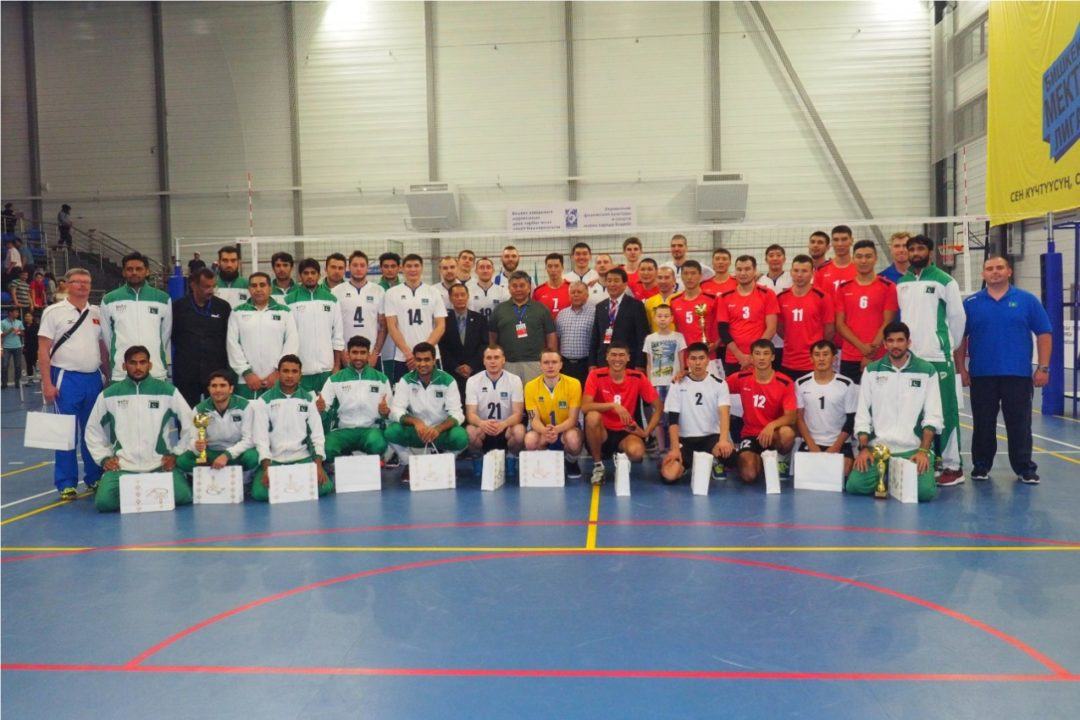 The Asian Men’s Qualifier for the FIVB World Championships consisted of three team: Pakistan, Kyrgyzstan, and Kazakhstan. The qualifier took place in Kyrgyzstan with the winner earning the lone berth to the Final Round Qualifications in Iran in August.

The first set saw Pakistan take an early 8-4 lead, before then pushing their lead to 16-9. They used a combined effort of blocking and passing to pull out a 25-18 set win. The second set followed the same order of the first; Pakistan used more impressive defense to take a 25-18 set win, putting them up 2-0.

In the third set, Kyrgyzstan used the momentum of their home fans to roll to a 25-15 set win. The fourth set saw both teams exchanging points as each team blocked well. With the set coming to an end, Kyrgyzstan pulled out a 25-22 set win.

The fifth and final set saw Pakistan take a 10-9 lead. Pakistan then had a match-point at 14-13. Kyrgyzstan tied the score at 14-14, but it would not be enough as Pakistan would win the decisive set and match 16-14.

Pakistan led the entire first set and ended with a 25-21 set win, using strong attacking and effective blocking to help. The second set saw Kazakhstan use strong serving to take a 25-22 set win.

In the third set, Pakistan led for a majority of the set before Kazakhstan would fight back to take a 25-22 set win. Pakistan capitalized off of Kazakhstan errors to win the crucial fourth set 25-18.

The fifth and final set saw both teams trading points until Kazakhstan would win the set 15-13.

Donets Vasiliy was the leading scorer for Kazakhstan as he finished with 15 kills and five blocks, Vorivodin Vitaliy followed with 16 kills and three blocks. Pakistan was led by Aimal Khan with 17 kills, one block, and two service aces.

Kazakhstan secured first place with their 3-1 win over hosts Kyrgyzstan, 27-25, 21-25, 25-19, 25-14. Vitaliy led Kazakhstan with 16 kills and one block, while Vasiliy finished with eight kills, two blocks, and five service aces. Kyrgyzstan was led by Kanybek Uulu Onolbek with 22 kills, two blocks, and three service aces; he was followed by Idirisov Emil with 16 kills.

The third set saw Kazakhstan’s attacking and blocking improve as they rolled to a 25-19 set win. In the fourth set, Kazakhstan showed their dominance as they took an early lead at 8-6; they then added to their lead to push it to 16-10, and then 21-12, before they would close out the set and the match with a 25-14 win.

Kazakhstan finished in first place in the qualifier and has therefore earned the long berth to the Final Round Qualifications that will take place in Iran. They will compete in Pool A with China, Korea, Qatar, and hosts Iran.