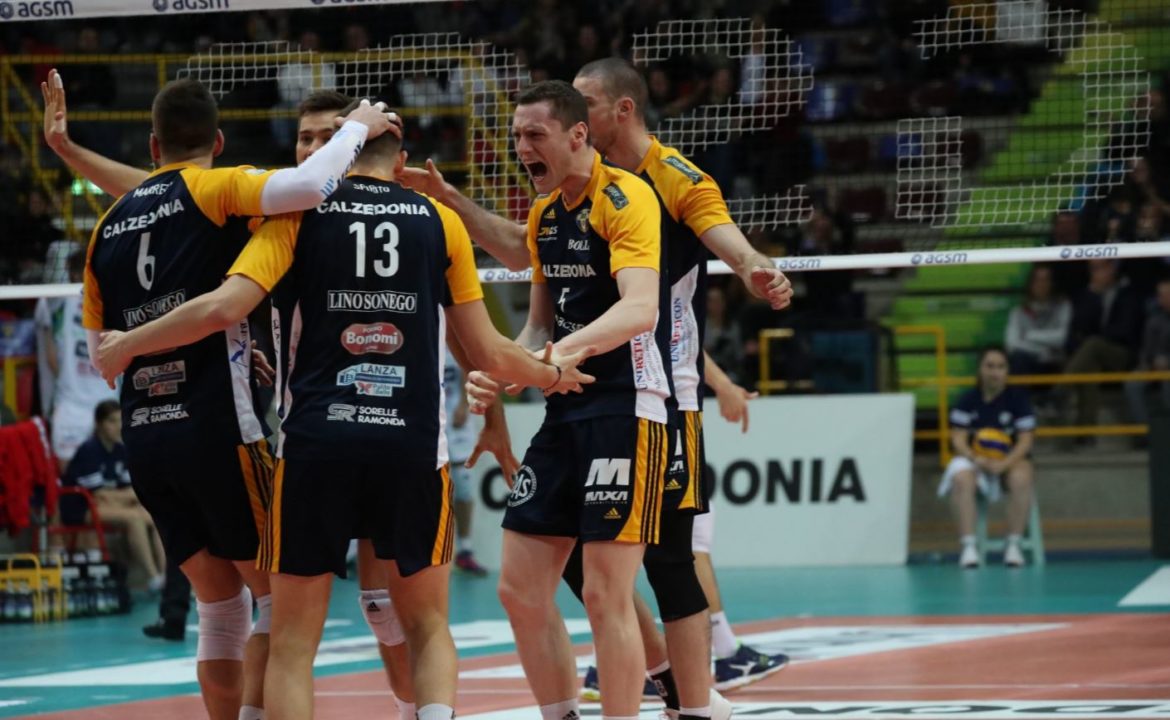 In a week filled with lots of unexpected results, perhaps the most surprising was #8 Bunge Ravenna‘s 5-set victory over... Current Photo via legavolley.it

In a week filled with lots of unexpected results, perhaps the most surprising was #8 Bunge Ravenna‘s 5-set victory over the #1 seed Perugia. Heading into the match, a Perugia victory was assumed by fans and analysts alike. Lorenzo Bernardi‘s team has put together an amazing resume so far, going 23-3 in the regular season and remaining undefeated in their champions league campaign. Ravenna, while improving from their 2016-2017 season where they went 10-16, still barely made the SuperLega playoffs and have not fared well against the top teams thus far. Led by a 33-point performance from the Austrian youngster Paul Buchegger, Ravenna was able to capitalize on a rare off-night from Perugia opposite Aleksander Atanasijevic to win in 5 sets. While Ravenna does not have the largest fan base in the league, they showed up in force at the Pala de Andre to support their home team. Ravenna was without Nicolas Marechal, while American star Aaron Russell was not able to suit up for Perugia for the third game in a row.

The other matchup that will play a third and deciding game is Trentino-Verona. These teams seem to be evenly matched, playing in 10 out of 10 possible sets so far. In this second match, both teams scored 110 points, but Verona’s were better timed and they were able to come up with the victory. Stephen Maar, Thomas Jaeschke, and Tonceck Stern all scored in double digits for Verona, while Filippo Lanza and Uros Kovacevic each scored 16 for Trentino. The third and deciding game will be played in Trentino on Saturday at the BLM Group Arena.

The other two matches this weekend saw Civitanova squeak out a win against Piacenza 3-2 behind 30 points from Tsvetan Sokolov, and Modena overcome a rough start to take a 3-1 win in Milano.