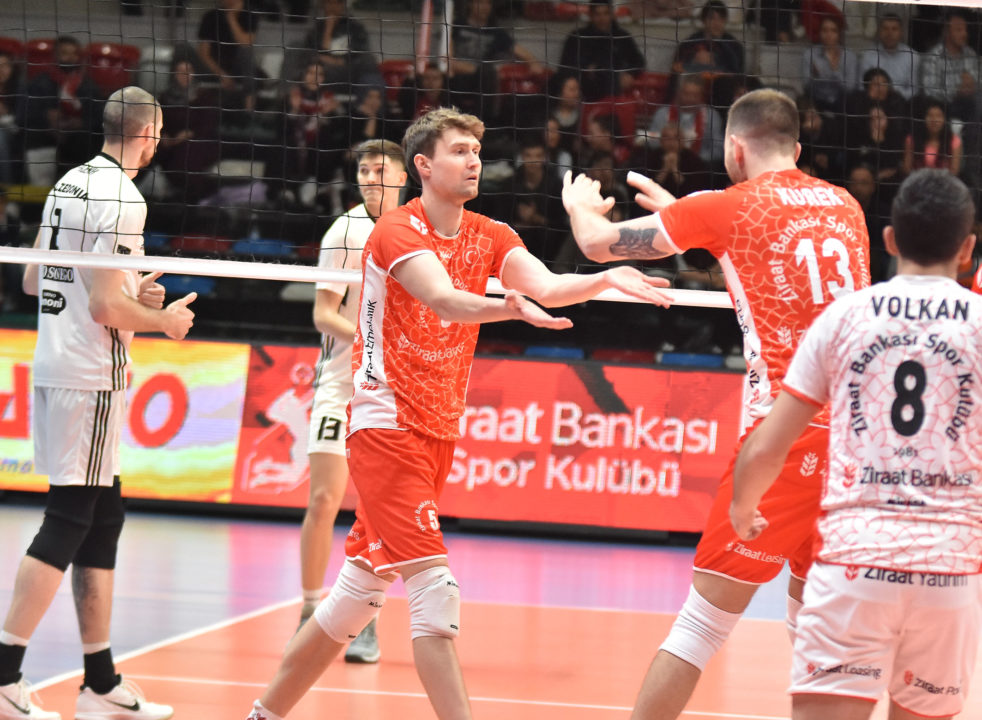 The CEV Cup is considered the second highest level of European competition, second only to the Champions League. Despite occupying the “second tier”, the teams that have made it this far are among the strongest clubs in Europe. Belogorie Belgorod from Russia and Ziraat Bankasi Ankara will face off in the CEV Cup finals, with a start date expected to be announced in the next few days.

The Russian superteam Belogorie Belgorod made sure that they weren’t the victim of another upset. After finishing the Russian Superleague regular season in second place, last weekend they lost to 7th place Kuzbass Kemerovo in 2 straight games. Asseco Rzeszow was the unfortunate recipient of a lot of pent-up frustration from the Russian side, who dispatched them in 3 relatively quick sets. Dmitriy Musierskiy led all scorers from the middle with 16. His 7’2 frame was too much for the middles of Rzeszow to handle, especially without middle Barthelemy Chinenyeze to provide some additional size.

Don’t let the score from this game fool you. While Verona may have won the match, because Ankara had won the first Leg of this round 3-1, they will be the ones moving on the CEV cup finals. Verona needed to win this match 3-1 or 3-0 in order to force a tie-breaking golden set. You could see the disappointment on the faces of the Verona players even as they scored the game-winning point of the fifth set. The Polish wing spiker Dawid Konarski led all players with 19 points, while Italian Oleg Antonov contributed 17 kills on 25 attempts for Ankara. Antonov, who only joined the team a few weeks ago after being released from Italian SuperLega team Tonno Callipo Calabria Vibo Valentia, was a true game-changer in this match, and the result would likely have been different if he were not on the roster. Great find by coach Efeler Ligi.

Stay tuned to Volleymob for more info about the finals matchup.