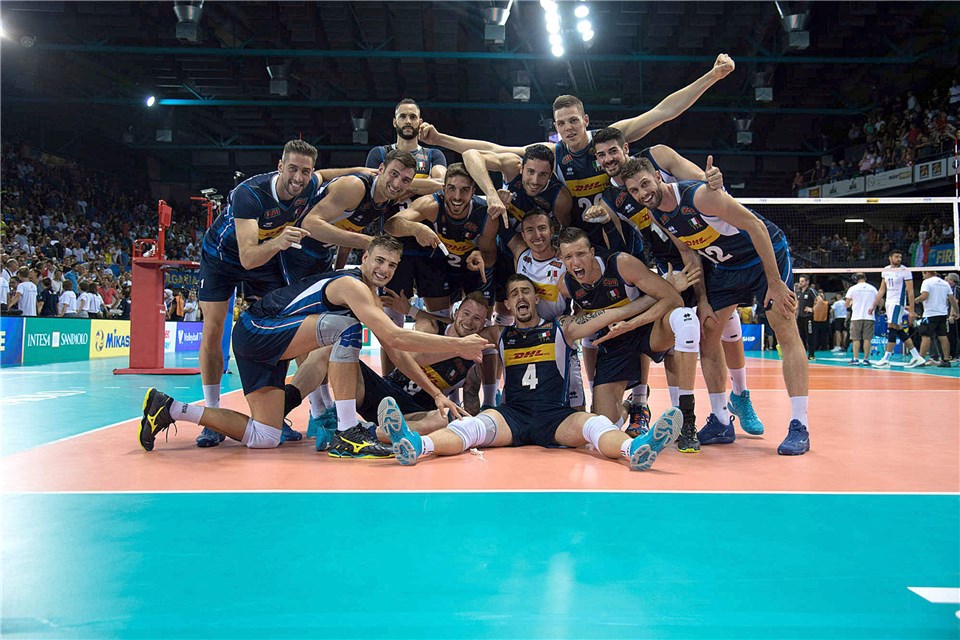 Italy is in great position to qualify for Round 3.  Current Photo via FIVB

There are 16 teams left in the FIVB Men’s World Championships. The top 4 teams from Pools A, B, C, and D have moved on to Round 2. Each team has played 5 matches. One caveat about this tournament is that all of the volleyball played in Round 1 directly effects the qualification out of this stage and into Round 3. The teams bring their records and their standings points with them into this round of the tournament.

While Round 2 only consists of 3 matches, the results of all 8 matches played up to that point will decide who progresses to the next stage. A similar format was used at the 2014 World Championships in which the results against teams played in previous pools of Round 1 carried over and were used for Round 2 results.

Round 3 will consist of 6 teams. The winners of each pool will qualify for the next round. The final teams will be the best 2 runners-up from the Round 2. Those positions will be decided by win-loss records, standings points, sets ratio, and points ratio.

Italy obviously looks to be in the best position at this point. Not only are they 1 match ahead of Netherlands, but being 4 points clear of the team in 2nd place means that the Netherlands has to win 2 more matches than Italy in Pool E in order to overtake them at the top of the standings. Russia can only get to 1st place if they win all of their matches, and Italy loses all of their’s. They would also need the Netherlands to lose to Finland.

Brazil may be in 1st place at this point, but a 4-1 record with only 11 points is not necessarily safe. Their 11 points is on par with the 2nd-place teams in pool E and G, while it is behind the 2nd-place team in Pool H. This means that Beligum, Slovenia, and Australia are all still mathematically able to finish on top of the pool. It would be difficult to predict that the runner-up from this pool would move on to Round 3.

The United States might have a match advantage over Iran, but if they lose to them in 3 or 4 sets, it will put them back in 2nd place. Both Bulgaria and Canada can finish on top of this pool, but they will need the United States to lose 3 matches and Bulgaria to lose 2.

Poland is in a great change to win the pool and advance. If they match results with Serbia against France and Argentina, they could lose to Serbia and still have a better sets ratio. They need to handle business against the bottom half of the pool. France would have to count on a meltdown from Poland and Serbia to advance, but they are certainly able to beat both of them.

RANKING OF TEAMS IN SECOND PLACE