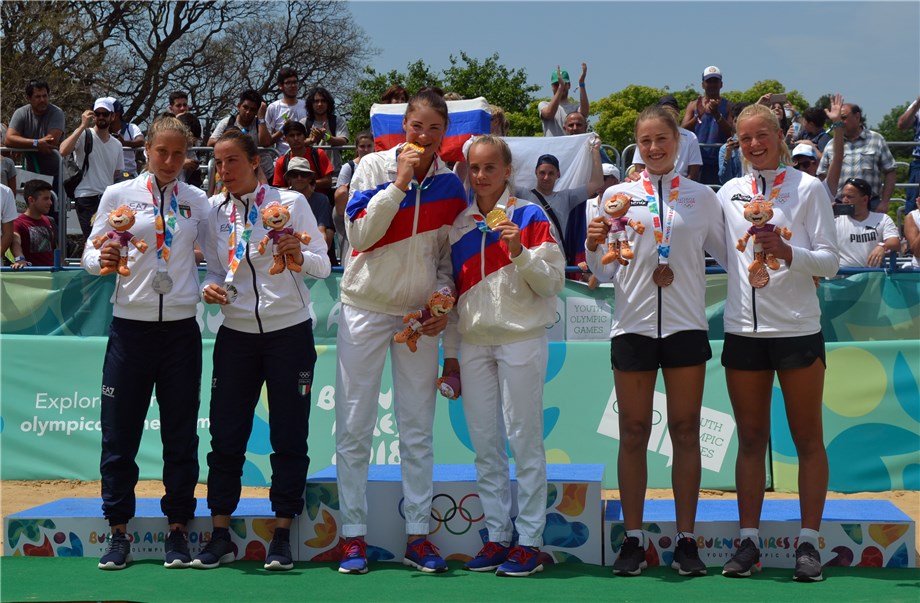 The rich got richer in Buenos Aires Current Photo via IOC

The rich got richer in Buenos Aires. Current U19 World Champions Maria Voronina and Mariia Bocharova from Russia beat Italy’s Scampoli/Bertozzi 2-0 (21-19, 21-19) to claim yet another major age-grade title. Earlier in the year, they also won the CEV U20 European Championships and made their debuts on the FIVB Beach Volleyball World Tour. In the boys’ competition, Sweden’s David Ahman and Jonatan Hellvig won the gold medal by beating Dutch pair Immers/Groot 2-0 (22-20, 21-15). Back in July they also won the gold medal at the CEV U18 European Championships.