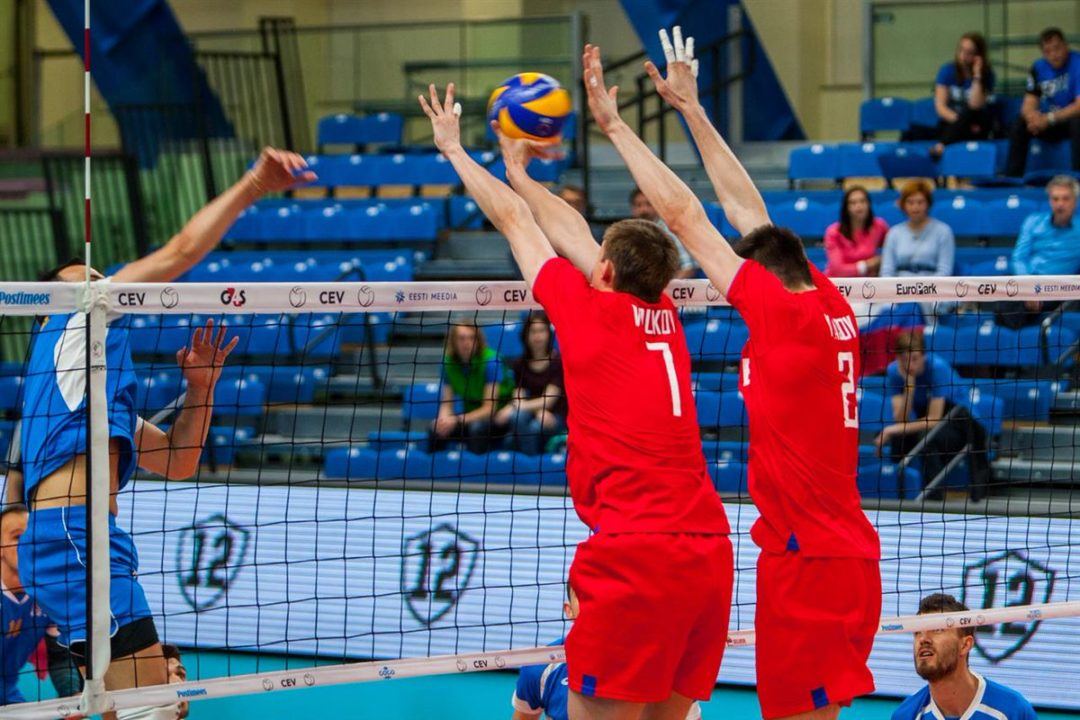 Everything pointed to a final showdown between Russia and host Estonia for the top spot in Pool D and Russia’s sweep of Kosovo and Estonia’s four set win over Hungary has set the stage for just that on Sunday. Romania also topped Montenegro in Saturday’s action.  Current Photo via CEV Volleyball

Everything pointed to a final showdown between No. 3 Russia and host No. 14 Estonia for the top spot in Pool D and Russia’s sweep of Kosovo and Estonia’s four set win over Hungary has set the stage for just that on Sunday. Romania also topped Montenegro in Saturday’s action.

“We really wanted to win this game,” Romanian outside hitter Marian Uilian Bala said. “We knew that we are in the same level as Montenegro, and we are familiar with some of their players who have been playing in our national league. In the end, we were a little bit better in block and service, also our transition game worked better than before in this tournament.”

“Today it was a difficult game for us,” Montenegro captain Vojin Cacic said. “We gave everything in the previous three matches and we didn’t have much power left in our tanks but we hope to finish the tournament on a positive note tomorrow.”

Estonia got the two sets it needed to ensure at least second place in the group, but it took bouncing back from a first set loss to do so. Hungary led the first set from start to finish, but Estonia came through where it mattered, stealing away Set 3 late and leading Sets 2 and 4 pretty much throughout to seal the win.

“In the first set our game was a little bit rusty,” Estonia outside hitter Andrus Raadik said. “Maybe we were a little bit hobbled by the fact that we knew what we had to do to secure second place. But from the second set our game started to flow.”

Estonia hit 64 percent in the match led by Timo Tammemaa’s perfect 9-for-9 effort. Seven blocks and seven aces aided in the victory.

“We have achieved our first goal what was to take at least second place but it didn’t come easily,” Estonia captain Kert Toobal. “In the first set Hungary played really well and yesterday Montenegro was strong throughout the match too.”

“We all knew who was going to win this match because Russia is one of the best teams in the world,” Kosovo team captain Valon Nikqi said. “Nevertheless, it was a huge experience for us to play against them.”

Russia jumped ahead 8-3 in Set 1 and 8-1 in the second two stanzas and never looked back.

Russia was able to seize Kosovo with a big hand and rolled up a big scorehttps://t.co/R2Ols9QzEK pic.twitter.com/HKAzBRpc72