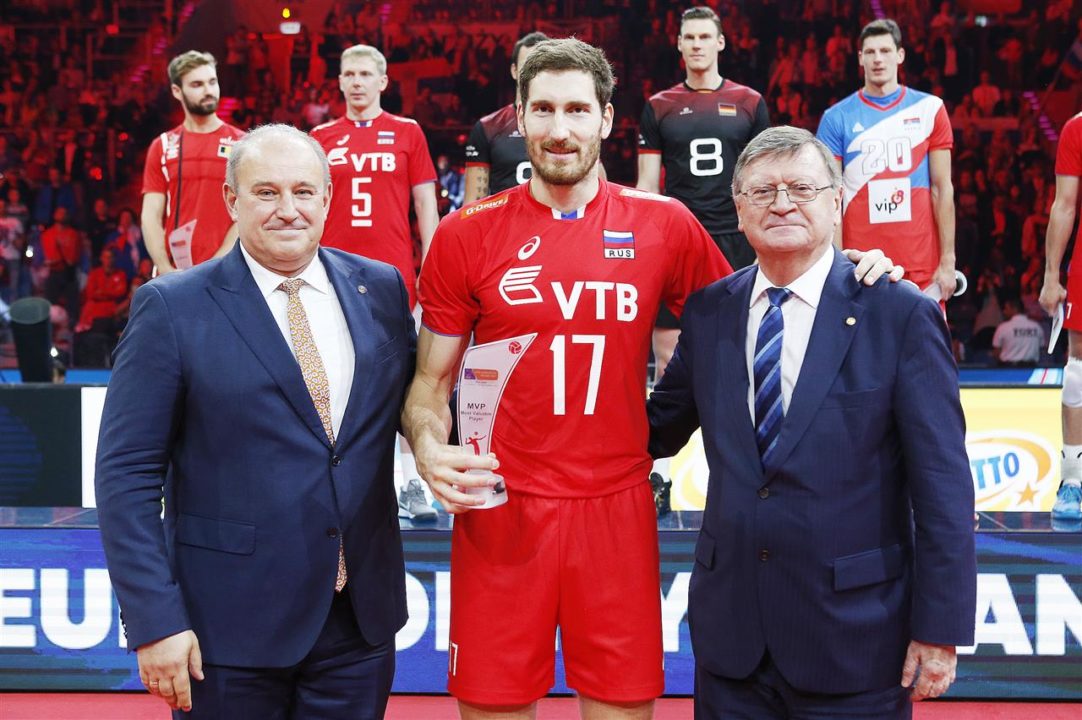 The European Men’s Championship was decided in a five-set thriller on Sunday, with Russia bringing home its 14th gold medal, edging Germany by just two points (104-102).

In the bronze medal match, Serbia edged Belgium in five sets for the final spot on the podium.

After the action wrapped up, the CEV announced its tournament MVP and Dream Team selections.

It was no surprise to see Russia’s Maxim Mikhailov grab the MVP title after leading his squad throughout the tournament and in the finale. Mikhailov averaged 15 points per match, totaling 90 points with 74 kills and 10 aces.

The Dream Team consisted of two Russians, three Germans, a Serbiam and a Belgian. 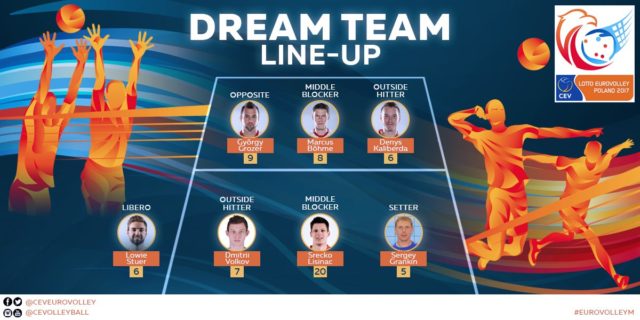