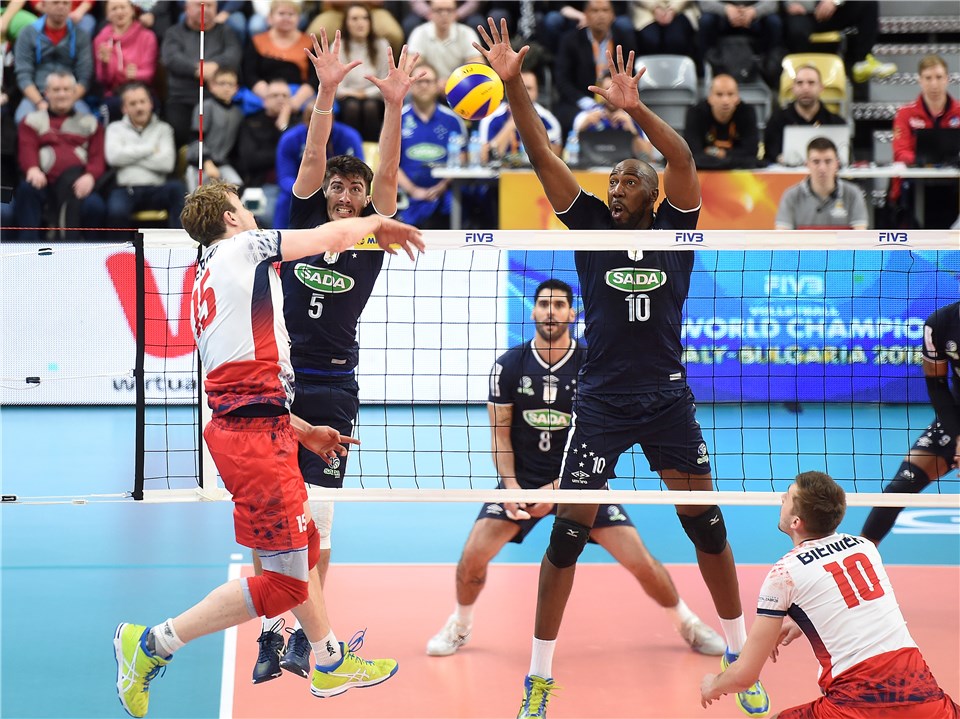 Sada Cruzeiro's legal team has filed a complaint with the FIVB over Robertlandy Simon and his arrival at Lube Civitanova.  Current Photo via FIVB

The situation on Robertlandy Simon transfer situation can be summed up in the following points:

Now there is another development: Sada Cruzeiro has filed a legal complaint with the FIVB. This is not unexpected. Sada Cruzerio has maintained throughout the entire summer that Simon is under contract with their club until May 31, 2019. It has been well-publicized that it would cost 400,000 USD to buy Simon out of this last year of the contract. Lube’s front office even announced that they did not have the budget to obtain his contract until the 2019-2020 season. At the time of Simon’s signing with Lube the matter of this fee and its resolution was never addressed.  At one point Simon stated, “These are legal issues that I can not answer. I believe that intelligent people always come up with a solution.”

While observers may have believed the situation was resolved behind closed doors, Sada Cruzeiro reminded everyone that was not the case. The club released a statement to their fans that their legal team had filed a complaint with the FIVB which highlighted “methods used by the athlete and the Italian club to try to get the detainee without the payment of the contractual fine.”

The statement also claims that Lube Civitanova was liable for “breach of contract, with the use of abominable resources to win the athlete’s membership.”  Sada Cruzeiro stated that Lube advised Simon to hire a representative on the Island of Malta. They claimed this representative started to issue threats and intimidation to Sada Cruzeiro, while notifying the international press about “fictitious irregularities” with the club.

The representative accompanied Simon back to Brazil to meet with club leadership. Sada claims that the representative from Malta “reiterated the totally unrealistic pretensions, disconnected from reality, and was eager for his commission.” Sada’s impression was that Lube would pay him a portion of the amount the club would save by not paying the fine. Sada explained that the fine not only applied to Simon if he left the club early, but was also owed to Simon if they terminated his contract before May 31st of next year.

The Brazilian club’s frustration with Simon was quite apparent in their statement. They stated that Simon arrived in Brazil after two season playing opposite in Korea, and his knees were in a very deteriorated state. Despite the risk of hiring a player with fitness concerns, they still honored his request and granted him at three-year contract. They claimed to have spared him early in the season and provided him with special treatment given by one of the best medical centers in the world. Sada felt that his first season was a disappointment, as he did not live up their expectations, but his return to the top echelon of volleyball competitiveness happened because of their immense efforts.

It is obvious that Sada Cruzeiro is not going to give up on this issue.  Having lost Yoandry Leal to Lube earlier in the summer, they are showing their frustration with Italian volleyball. Their complaint to the FIVB hopes to expose the “piracy and blackmail that are taking place behind the scenes of Italian volleyball so that they can crack down on such absurdities.”