Scared Heart Gets Their 1st EIVA loss to Saint Franics U 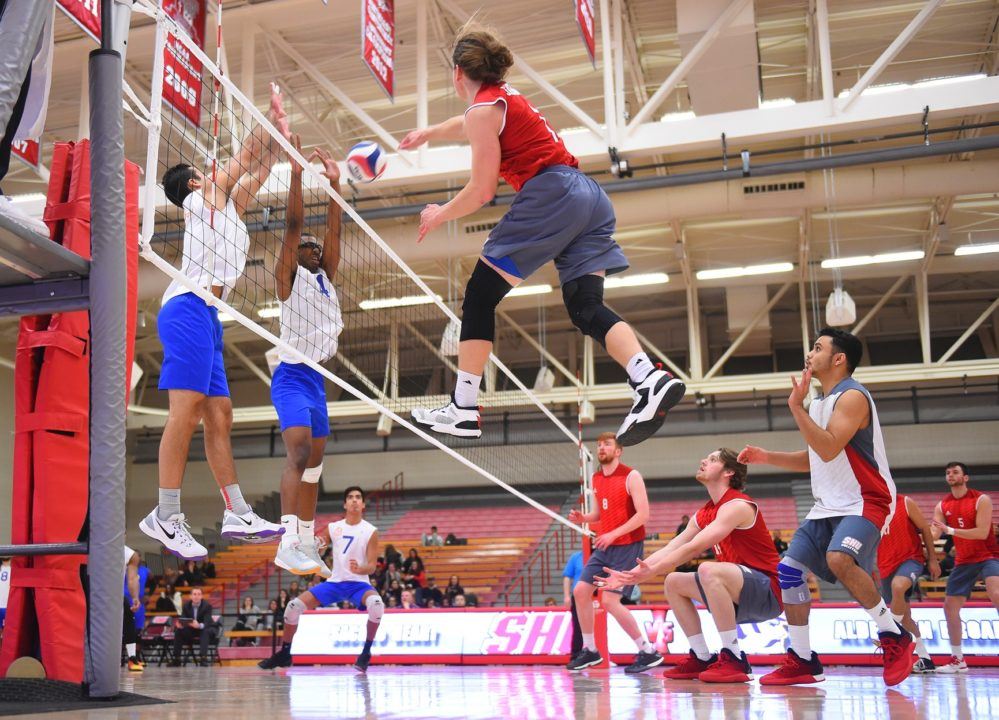 Saint Francis’s Jeff Hogan had a team-high of 17 kills along with 4 blocks and hit a .353. Setter Daniel Ford had a match-high of 37 assists and added 11 digs while libero Gabe Woffindin had 14 digs in the match.

Sacred Heart put up a fight with a team total of 52 kills to Saint Francis’ 47 kills but it wasn’t to win the match. Christopher DeLucie had a team-high of 17 kills while Taylor Bloomquist had a double-double of 10 kills and 7 blocks in the match. Joshua Ayzenberg had a career-high of 18 digs while setter Eduardo Zardo dished out 32 assists.

With the win, Saint Francis improves to 6-8 overall and 2-3 in conference play, while Sacred Heart falls to 9-2 and 2-1 in the EIVA.

Tied at 2-2 in the opening set, SFU would eventually take a 4-2 lead. Leading 9-7 in favor of the Flash, the Pioneers would go a 3-0 run to take a 10-9 lead. Sacred Heart would hold a lead the rest of the set, until Saint Francis scored three straight points to win the first set 26-24.

The Flash ripped off six unanswered points to take an impressive 9-4 lead in the second set. The Pioneers would make it a four-point set at 18-14, but that’s all the closer the set would get as the Flash cruised to a 25-20 victory.

Sacred Heart would force a fourth set as the Pioneers won the third set 25-15.

Saint Francis turned an 8-6 deficit into a 9-8 lead in the fourth set. A 5-0 run midway though the set would give SFU a 20-13 advantage. The Pioneers clawed their way, making it a two-point set at 24-22 in favor in the Flash, but a Braswell kill would give the Flash the set and match 25-22.

SET 1- The Pioneers were the first to get on the board in the opening set, where Taylor Bloomquist picked up the early kill. The Red Flash would go on a three point run from there, taking a 4-2 advantage. The Pioneers would hold a 21-19 lead after a kill from Doug Dzema, but Saint Francis U would go on a run to tie it up 24-24. The Red Flash would pick up the final two points of the set, to take it 26-24.

SET 2- The second set of the night was similar fashion, as each team exchanged points back and forth. The Red Flash would capitalize on a couple Pioneer errors to jump to a 14-6 advantage. After a Michael Comes kill, the Pioneers were able to get within striking distance as the match stood 19-15 in favor of SFU. The Red Flash would finish strong yet again and take the set 25-20.

SET 4-  As the final set of the night came, the Pioneers found themselves in a dog fight, tied up 9-9. Saint Francis would rattle off a couple of points to jump to a 19-13 lead. The Pioneers did their best to make the deficit but would fall short, 25-22.