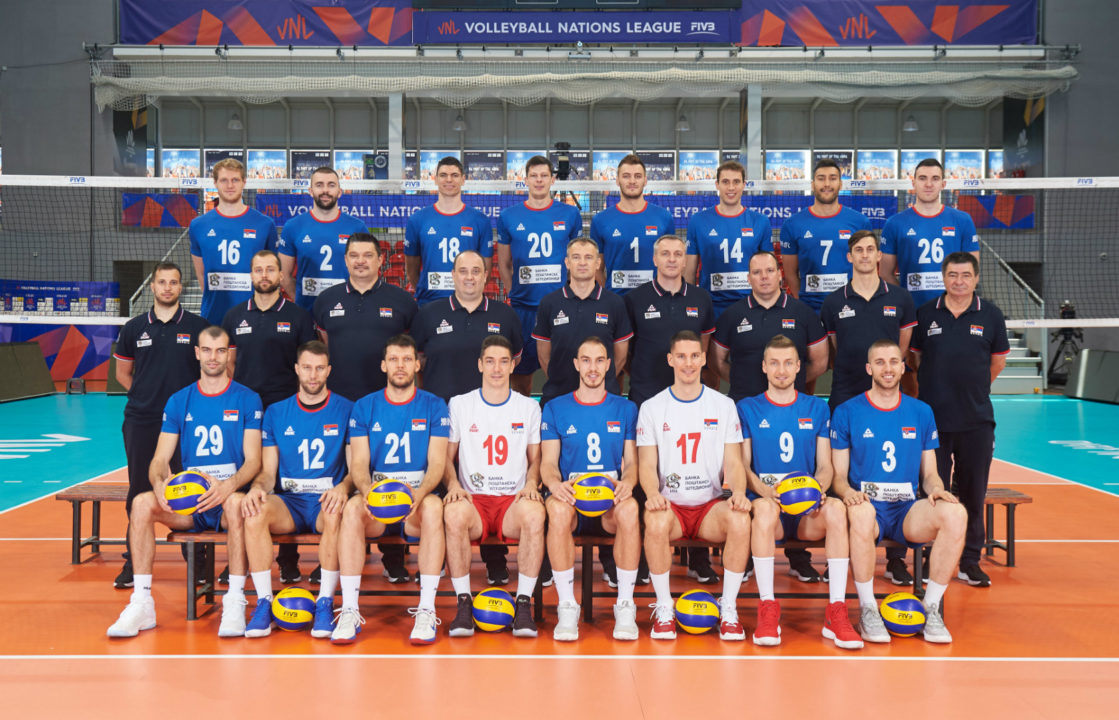 One of the favorites to win the titles, the squad's biggest strenght lies at the opposite and middle positions  Current Photo via ossrb.org

The Serbia’s men’s national team will start preparations for the 2018 World Championship this upcoming week, and coach Nikola Grbic has announced his preliminary 19-men (4 cuts left) roster for the job:

One of the favorites to win the titles, the squad’s biggest strength lies at the opposite and middle positions. Atanasijevic is one of the world’s best at the right side, whle Petkovic was Italy’s A1’s highest scorer last season, and Luburic really showed promising play at this year’s VNL. Meanwhile, at the middle position, both Podraščanin ad Lisinac are world level talents.

A gold medalist at the 2000 Olympic Games (as Yugoslavia) and 2016 World League, the closes the Serbian team has ever come to winning the WCH was in 1998, when it still played under the Yugoslavian flag. At this year’s VNL, the team finished in 5th place, sporting an 11-4 record in the preliminary phase.