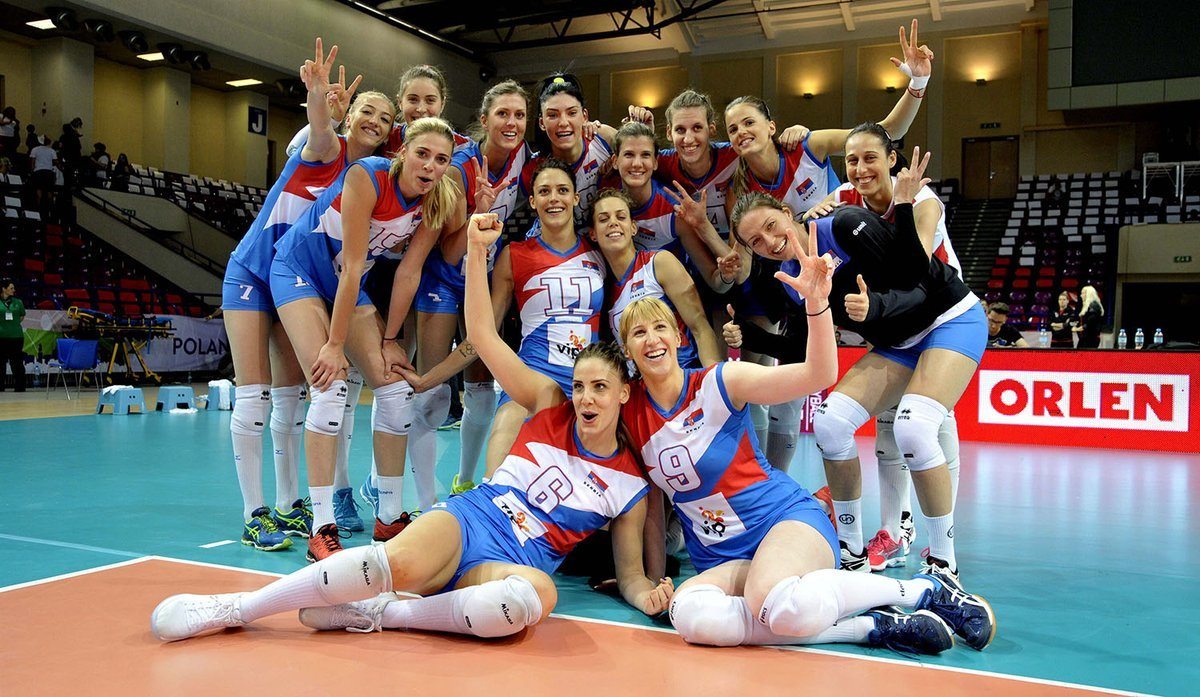 No. 2 Serbia closed out its domination of Pool B in the women’s qualification rounds with a sweep of host Poland. Current Photo via Serbia Volleyball

No. 2 Serbia closed out its domination of Pool B in the women’s qualification rounds with a sweep of host Poland. Slovakia swept Iceland and the Czech Republic rounded out the day with a 3-0 win over Cyprus.

With the win, Serbia punches its ticket to the 2018 Women’s World Championships in Japan. The Czech team finished second in the pool, advancing to the third round of qualification in August.

The rest of the women’s qualification second round pools begin play Wednesday.

At the conclusion of Pool B play, tournament organizers named a dream team.

The Serbian team stayed perfect at 5-0 on the tournament and 15-0 in sets with the win over Poland. The Olympic silver medalists raced out to an 8-2 lead in Set 1 and seemingly never looked back.

“It is an amazing feeling to win all the matches without losing even a set,” Tijana Bošković. said. “It is a great beginning of the season for our national team. It will be quite tough and full of challenging goals. I am happy about the team result and the individual awards do confirm that my performance and development as a player go in the right direction.”

Fifteen blocks and six aces buoyed the Serbian effort. The Serbs gave away just nine points in the match, while forcing 19 for Poland.

Slovakia dominated the match, save the early part of Set 2, which saw Iceland boast as many as a three-point edge.

“For us it was an important tournament to practice as a team and gain more experience in the game,” Iceland’s Frida Sigurdardottir said. “Facing a stronger rival is always a great opportunity to improve your skills and be better prepared for the next competition.”

“This was a good tournament for our team,” Czech libero Veronika Dostalova said. “Our goal for Warsaw was to take up the second place. Winning over Poland was the biggest milestone and we did it! I am happy and excited to wait for the outcome of the last match between Poland and Serbia.”

Cyprus committed 23 errors, including 10 in the second set, and could not hold off the Czech attack, which hit at a 46 percent efficiency. Five aces also helped the Czech cause.