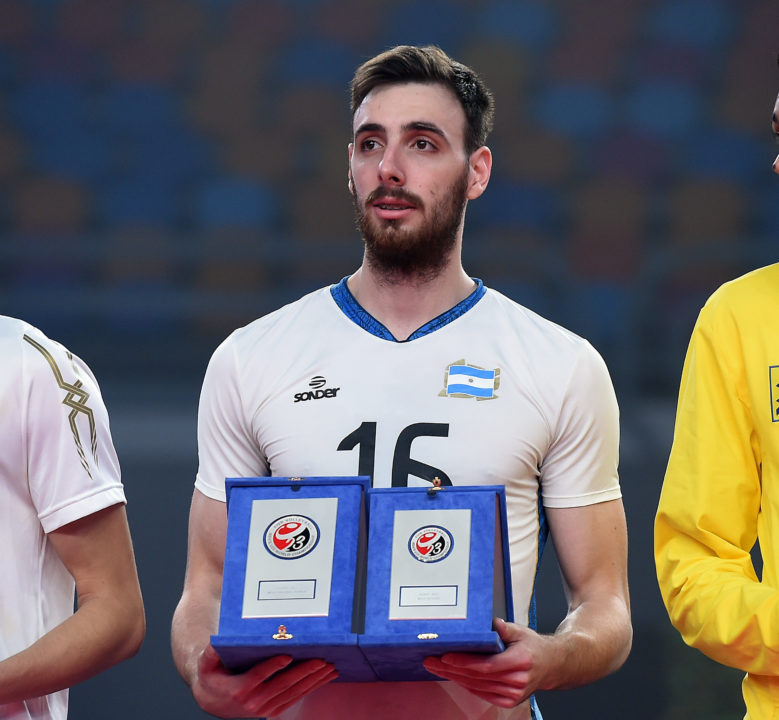 Emma Villas Siena reached the ultimate goal of any team in the Italian Serie A2 in 2018. They hoisted the trophy and secured promotion to the top flight of Italian professional volleyball. Their work in the transfer market has shown they are not happy to just be participating in the Italian SuperLega, but have lofty goals of success. Thus far, they have already signed Fernando Hernandez, a Cuban opposite who was one of the SuperLega’s most prolific scorers during his previous stint in Italy from 2015-2017, superstar Iranian setter Saeid Marouf, recognized as one of the best in the world at his position, Japanese national teamer Yuri Ishikawa and Polish star Jurij Gladyr.

Italy’s Siena has announced in its official website that it has signed German Johansen to its roster. The 23-year-old 6’6″ opposite is one of Argentina’s biggest volleyball promises. He won the MVP award at the 2017 FIVB U23 WCH, leading Argentina to the title, and has been a part of its senior squad since 2015. This will be German’s first adventure outside of his home-country. Here are his first words as a member of his new team:

“I am very happy that my first experience abroad is in Italy. In a few days I will begin to train with the whole team, I hope to learn a lot, to improve myself and have the chance to give everything to win. Yes it is a great achievement for me, now the next dreams to be achieved are to win with Siena and play in the Argentine national team at the Tokyo Olympics. I am convinced that I am part of a great team.”

On a fun side-note, when he is not playing volleyball, Johansen dedicates his time to make youtube content. He currently has 8,000 subscribers: