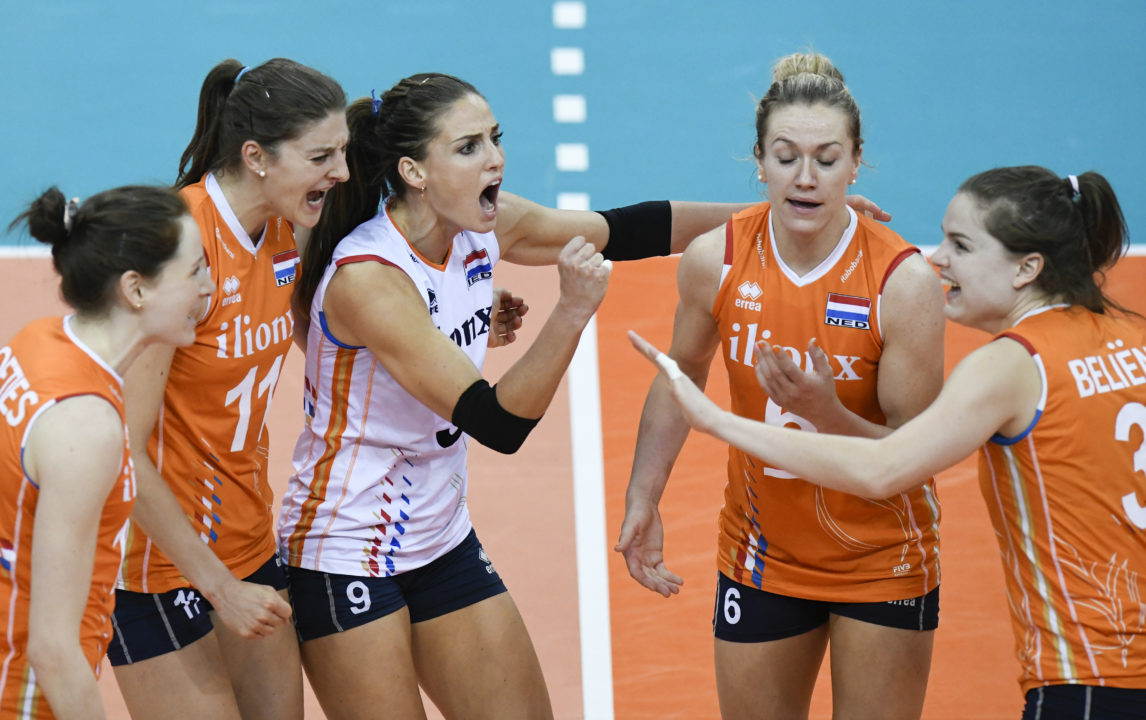 With a 12-3 record, good enough for 4th place, the Duth women proved once and for all that they are a volleyball powerhouse to be reckoned with Current Photo via FIVB

With a 12-3 record in the prelims, good enough for 4th place, the Dutch women proved once and for all that they are a volleyball powerhouse to be reckoned with. Coach Jamie Morrison decided to keep things conservative, and the team’s Final 6 roster will only have one modification from its previous compositions: middle blocker Tessa Polder will give away her spot for setter Britt Bongaerts.

Netherlands has a powerful roster, with most of its players featuring well in the tournaments statistical leader-boards. Superstar opposite Slöetjes ranked in the Top-10 in scoring, even though she missed quite a few games, and hitting efficiency. Middle-blocker Belien was the 3rd best blocker at 0.6 stuffs per set. Meanwhile, outside hitters Grothues and Buijs really dominated the back-court, finishing first in digging and 6th in reception, respectively. The team will now face Brazil and China.