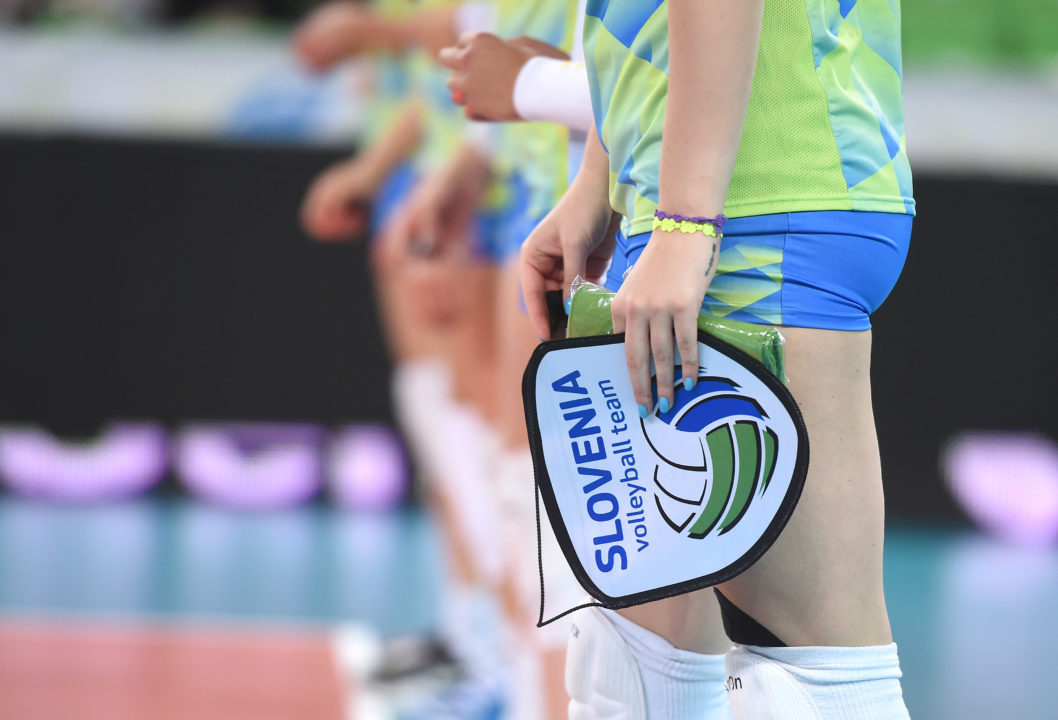 While its adult team ranks 115th place in FIVB's rankings, its U23 team ranks dead last, with zero ranking points. They are, however, still unbeaten in the tournament, after easy victories over China, The Dominican Republic, and Argentina. Current

Imagine the following: your country wins the bid to host a FIVB Youth World tournament. That is, of course, a great honor and pleasure to any volleyball enthusiastic countries. Aside from wanting to be organized and welcoming hosts, it is only natural that it’d want to gift its home crowd fans with a good performance on the court, playing well against the world’s best teams.

Now imagine that your national team currently occupies FIVB’s 115th place in its senior rankings, and for the age group of the tournament you are about to host, it is in dead last place, with zero ranking points. How would you accomplish all of that?

There is no clear answer for this impossible goal, but Slovenia just went ahead and did it. They remain undefeated in the tournament, having lost only one set up until now. To contextualize the uniqueness of this feat, Slovenia beat important nations in the world of volleyball, such as China and The Dominican Republic , ranked 4th and 5th, respectively.

“We all play important roles in strong club teams, in Slovenia and abroad. Furthermore, we know each other since many years. Over the years, we grew together to a strong unity. The majority of us have known each other for five years. We feel a strong liaison. Some of us are crazy, some are calm, some are quiet and some are loud, some are aggressive and some are controlled. We assist and cover each other – in difficult and in fruitful moments.”

This time together, has given risen to cheerful camaraderie and superstition between the players, which are present in some of their habits, called by them as “lucky charms. “It all starts with their colorful nails. It is common for the whole squad to match up green-blue-white coloring:

“I call them ‘lucky nails, I keep the same color until we lose, then I try a new one.” – Anita Sobocan 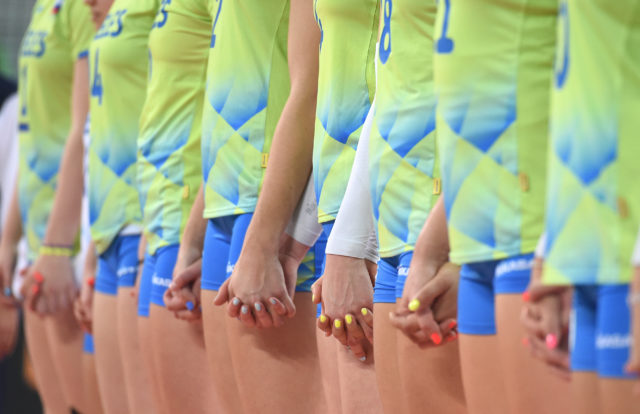 There is also a ritual with the Swiss balls. The big, inflatable balls are used for therapeutic training.

“However, we don’t really use them, but we still bring them with us for every game. Apparently, they bring good luck.” – Ava Mori 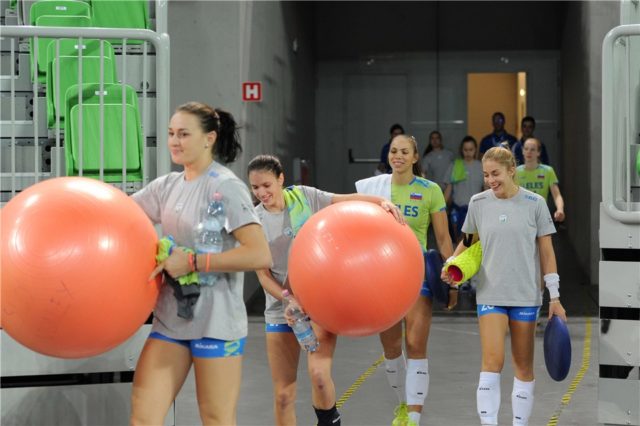 The Slovenian locker room is another part of the successful team’s story:

“We like it proper and well arranged. Shirts and towels have their exact position. Moreover, we always sit in the same places. It gives us a feeling of normality.” – Ava Mori

“The locker rooms in Stozice are beautiful. We enjoy and respect them as our own kingdom.” – Anita Sobocan

Superstitions apart, we have to give credit to Italian coach Alessando Chiappini. He has a lot of club experience, and had previously coached the Turkey national team in the international level. Now, as means to elevante Slovenian volleyball, he coaches the adult team, and also took over coaching duties for the U23 girls, knowing the importance they will have for Slovenian volleyball. 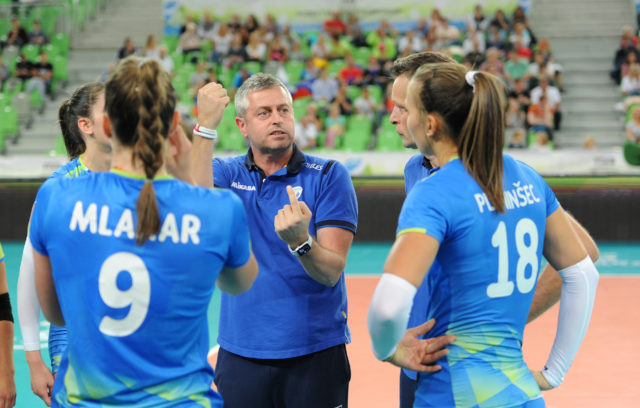 All of these has left the home crowd very pleased, as they are having a good time in all of the matches, cheering and interacting with the players. Even Slovenian Volleyball Federation’s , Metod Ropret, was clicked in an out of protocol burst of happiness: 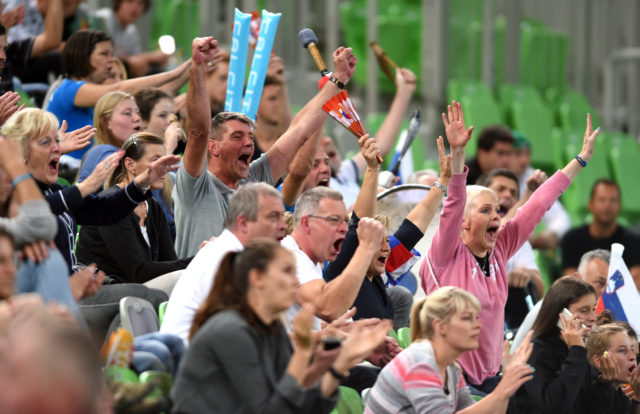 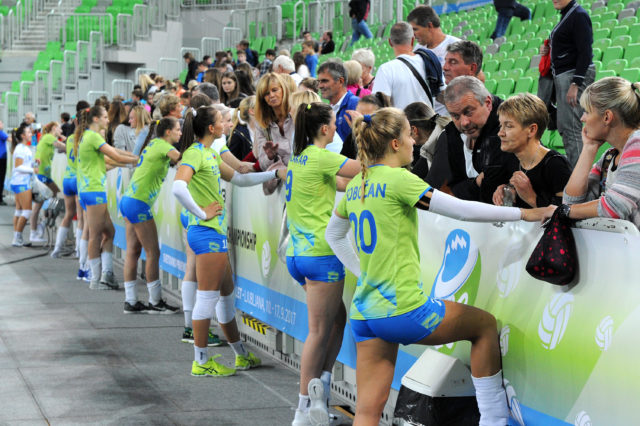 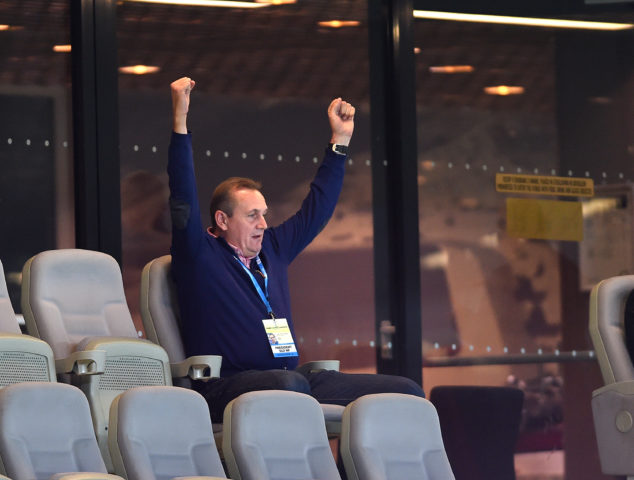 But how far can their Cinderella story go? Anita Sobocan gives us just the right answer:

“We want to go until the end here. We love big challenges.”