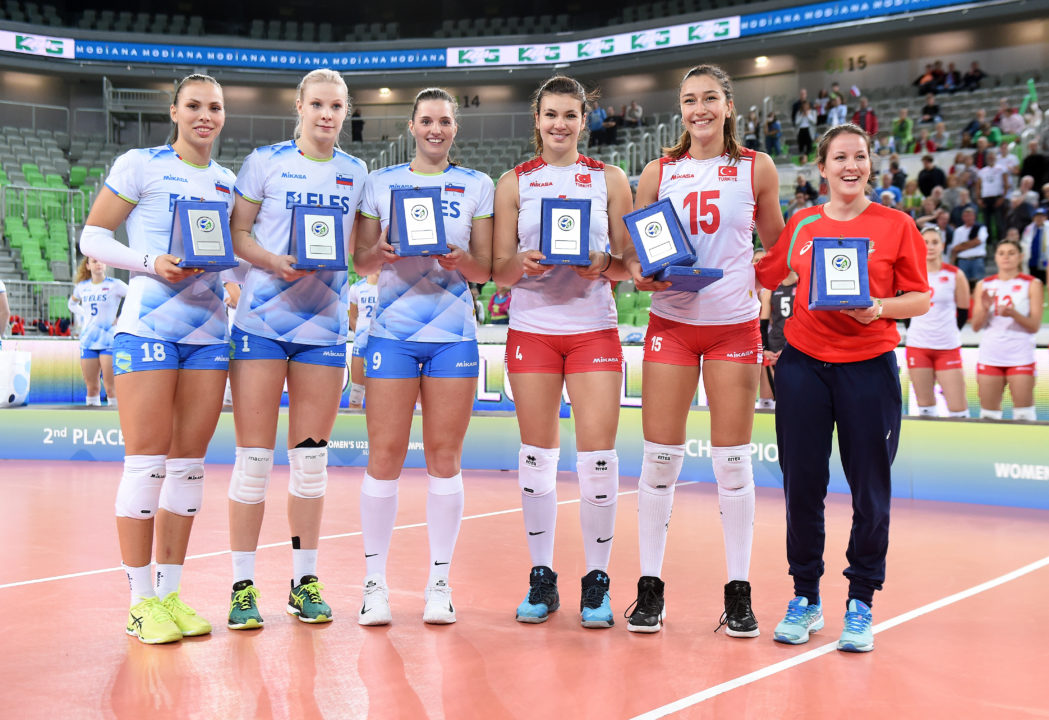 These are most certainly tomorrow's volleyball stars Stock Photo via FIVB

Hande Baladin was named the most valuable player and one of the two Best Outside Hitters of the tournament. She totaled 91 points during the course of the seven matches to earn Turkey’s first ever U23 world championship gold medal in its history. Baladin is already known to the volleyball world, as she is building a respectable club career
with Eczacıbaşı Vitra, with which she won the gold medal at the 2016 FIVB Volleyball Women’s Club World Championship.

“I am overwhelmed with joy, I can’t believe it. I am proud of myself and proud of my team. It is the first time in my career I receive such an important award. During yesterday’s semifinal and today’s gold medal clash, I felt much pressure on my shoulders. However, I always gave my best throughout the tournament. That’s what counts in the end.” 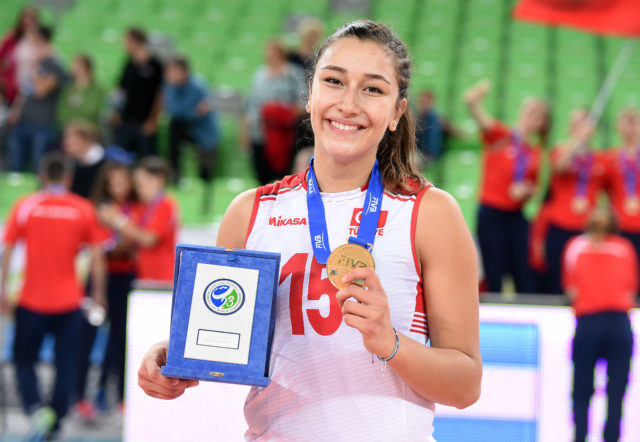 Joining Baladin is Dominican Republic’s Madeline Guillen. This is her second dream team of the year, as she was also picked for a spot in FIVB’s Girls U20 World Championship. She has no question a brilliant future, under the tutelage  of coach Marcos Kwiek in the senior national team. 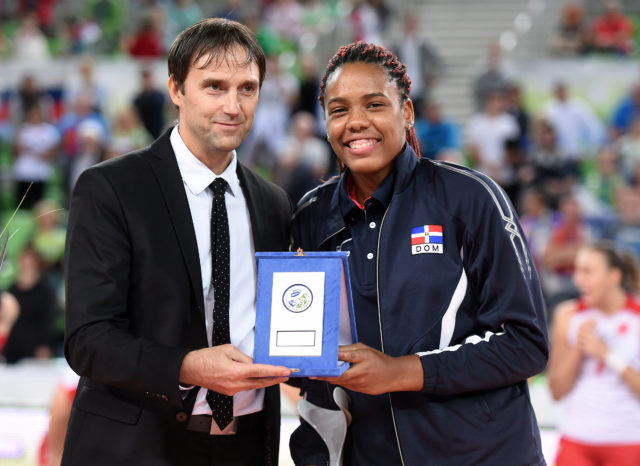 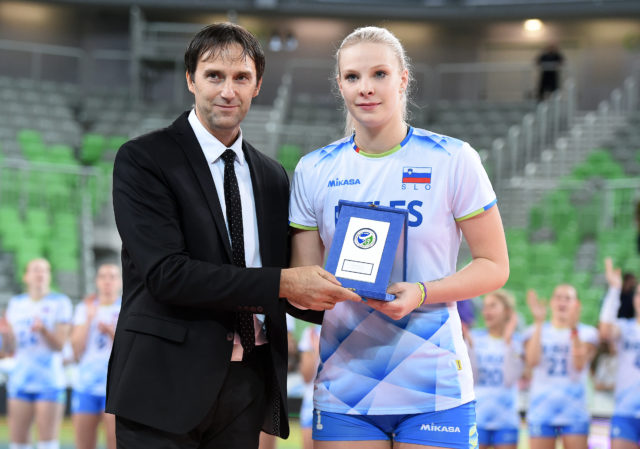 Turkey’s Beyza Arici spearheaded her squad’s defense all the way to a gold medal. She will develop even further now that she signed a deal with powerhouse Eczacıbaşı VitrA. 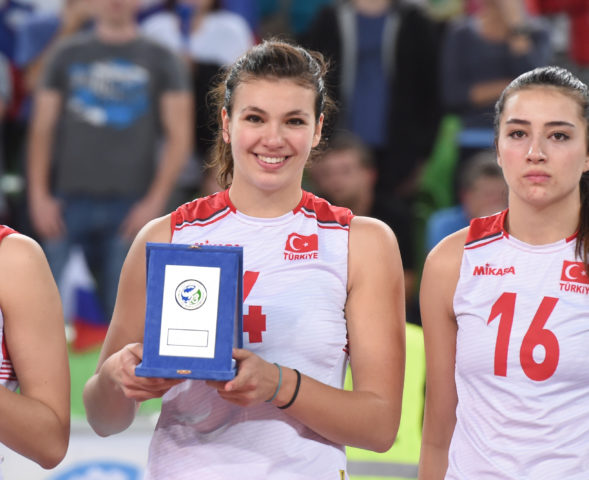 Sasa Planinsec spearheaded Slovenia’s defense to a silver medal. She currently plays for Branik Maribor, of the Slovenian league. 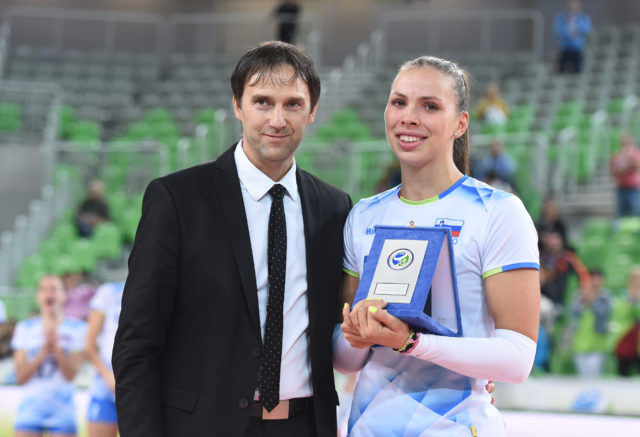 Bulgaria’s Zhana Todorova spearheaded her squad’s defense all the way to an unexpected bronze medal. She plays for Maritza Plovdiv of Bulgaria’s domestic league. 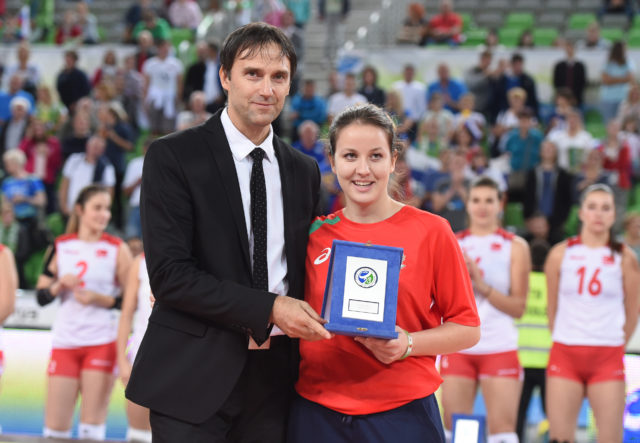 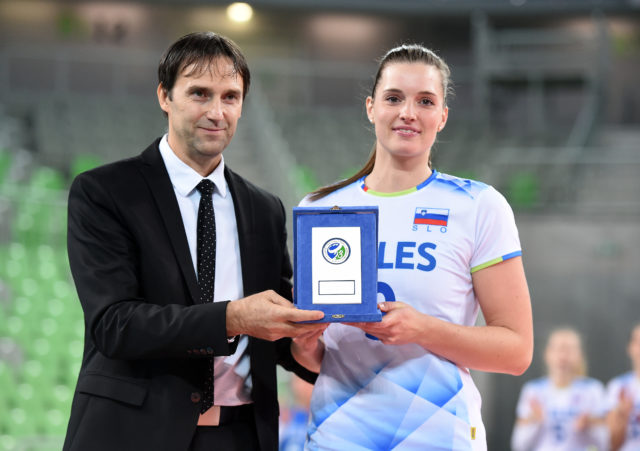