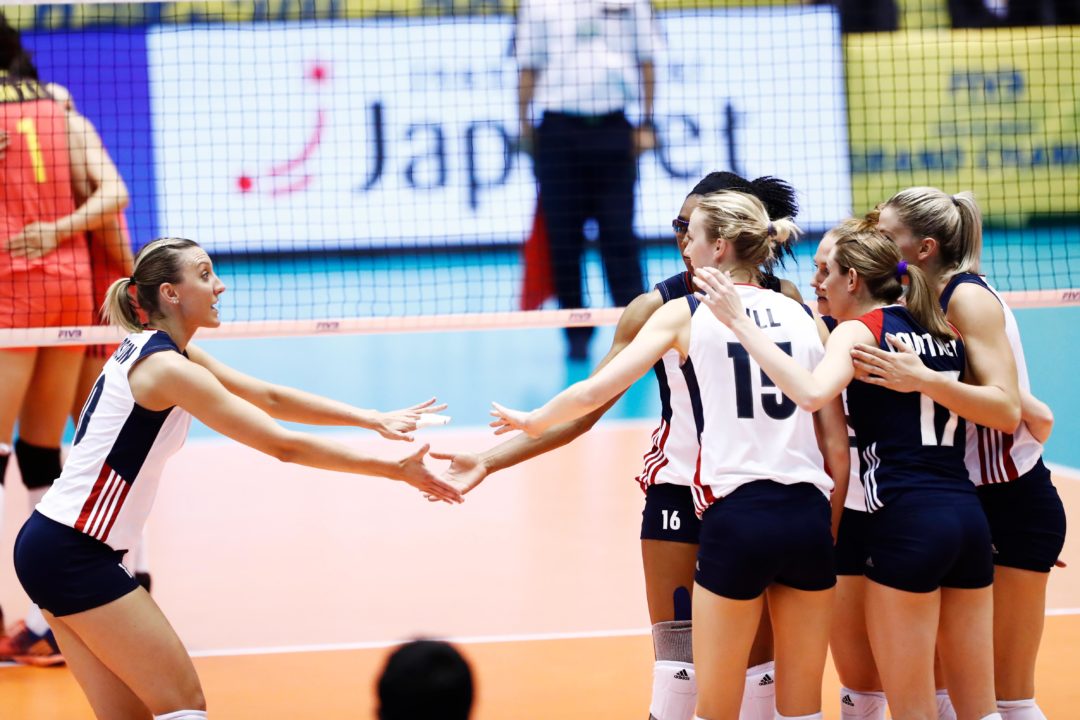 The U.S. Women's National Team will host a weekend of the newly formed FIVB Volleyball Nations League in Lincoln, Nebraska from May 15-17. Current Photo via FIVB

The U.S. Women’s National Team will host a weekend of the newly formed FIVB Volleyball Nations League in Lincoln, Nebraska from May 15-17. They will host a four-team round-robin tournament in the opening weekend of the competition.

With the tournament being held at the University of Nebraska, a number of former Huskers could make the team for the competition – Jordan Larson, Kelsey Robinson, Justine Wong-Orantes and Amber Rolfzen.

Lincoln, Nebraska is no stranger to hosting international volleyball events as they welcomed in the 2016 NORCECA Olympic Qualification Tournament, in which Team USA won and qualified for the 2016 Rio Olympic Games. That event was held at the Pinnacle Bank Arena while this will take place at the Bob Devaney Sports Arena.

The men’s team already announced their hosting duties to be in Hoffman Estate, Illinois at the Sears Centre Arena from June 15-17.