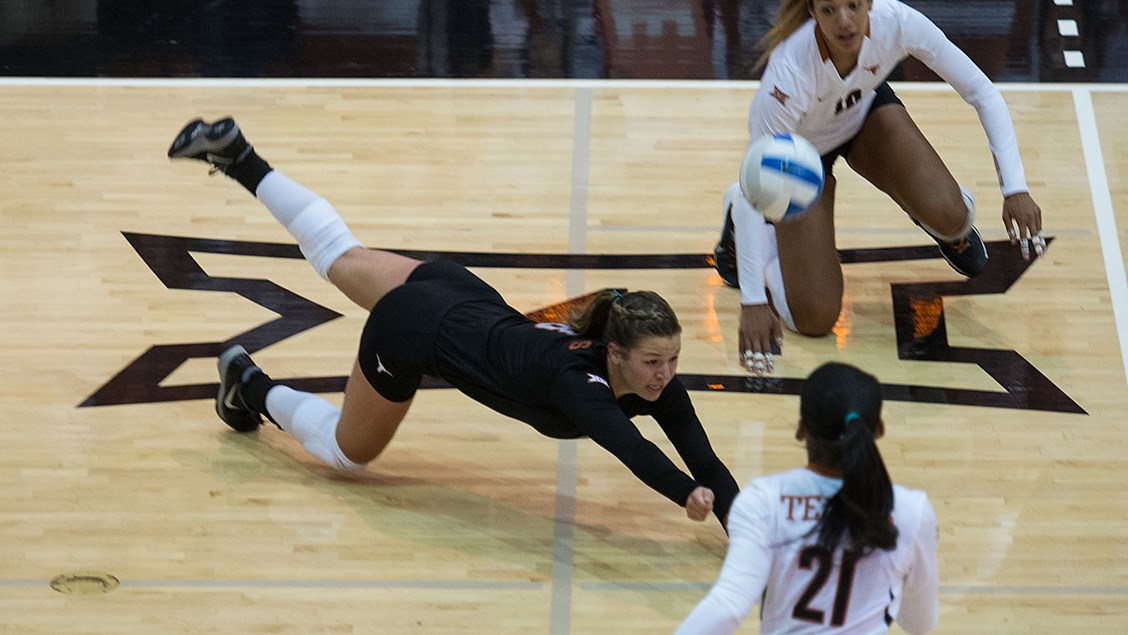 After exhausting her eligibility indoors, former Texas libero Cat McCoy is transferring to Washington Beach to compete in the sand for one last collegiate season.

According to an article by the Austin American-Statesman, McCoy graduated from Texas in December with a degree in public relations and will play for Washington this semester while she works on a master’s degree in sports management.

A 5’7″ native of Southlake, Texas, McCoy became the Longhorns all-time career digs leader this past season. She was also a 2017 AVCA All-America Honorable Mention selection and All-Big 12 Second-Team in 2017 and 2015.

As a senior in 2017 for the Big 12 Champion Texas Longhorns, McCoy steadied the defense with 463 digs (4.41 per set). That was key in Texas going 27-3 and making it to the Elite Eight. Of course, McCoy was also instrumental in the team making the National Championship match in both 2015 and 2016.

Washington finished the 2017 beach season at 11-7 overall. They’ve added a host of transfers to bolster their roster now too after Kimmy Gardiner transferred from Oklahoma and Jordan Anderson transferred from UCLA following their indoor careers ending in the fall of 2016. Add McCoy to the mix and the Huskies are becoming transfer-U in the sand.