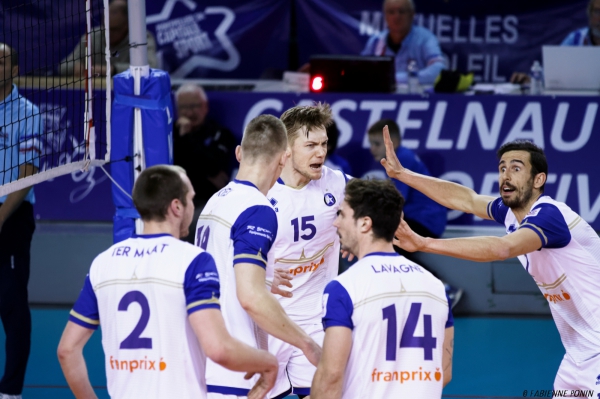 The roller coaster ride of the will they or won't they has ended for Paris Volley in the French Ligue A as the team won its final appeal to the French National Olympic and Sports Committee, earning back its spot in the playoffs. Current Photo via Paris Volley

The roller coaster ride of the will they or won’t they has ended for Paris Volley in the French Ligue A as the team won its final appeal to the French National Olympic and Sports Committee.

With the CNOSF’s approval, Paris Volley is back in the playoffs after a month long saga.

The team was initially ousted from the playoffs on March 3 after an audit by the French Commission showed financial oddities to the tune of a $460,000 euro difference between declared payroll and actual payroll assessed by the CACCP.

The team’s president Michel Rougeyron denied wrongdoing, calling the issue a bookkeeping problem and promising appeals of the suspension.

In the first go round, the National Directorate of Support and Management Control (DNACG) rejected the appeal, issuing a March 22 ruling citing “a violation of fairness and providing inaccurate information to the DNACG.”

That left Paris Volley one final chance to regain its spot in the playoffs, the CNOSF, which announced Wednesday that it had given the team permission to participate in the playoffs.

That is the first and most present hurdle for the team, but the side still faces possible relegation, but that decision will not come until June.

Paris Volley will play Montpellier on April 7 in Paris and April 14 in Montpellier. Paris Volley won both contests during the regular season via sweep, on Dec. 9 and on Feb. 23.

Paris Volley is one of the most successful French clubs, having won the league’s gold medal nine times and reached the medal round in 12 of the last 17 years.