Three American Pairs, Three Brazilians Set for Xiamen Round of 16 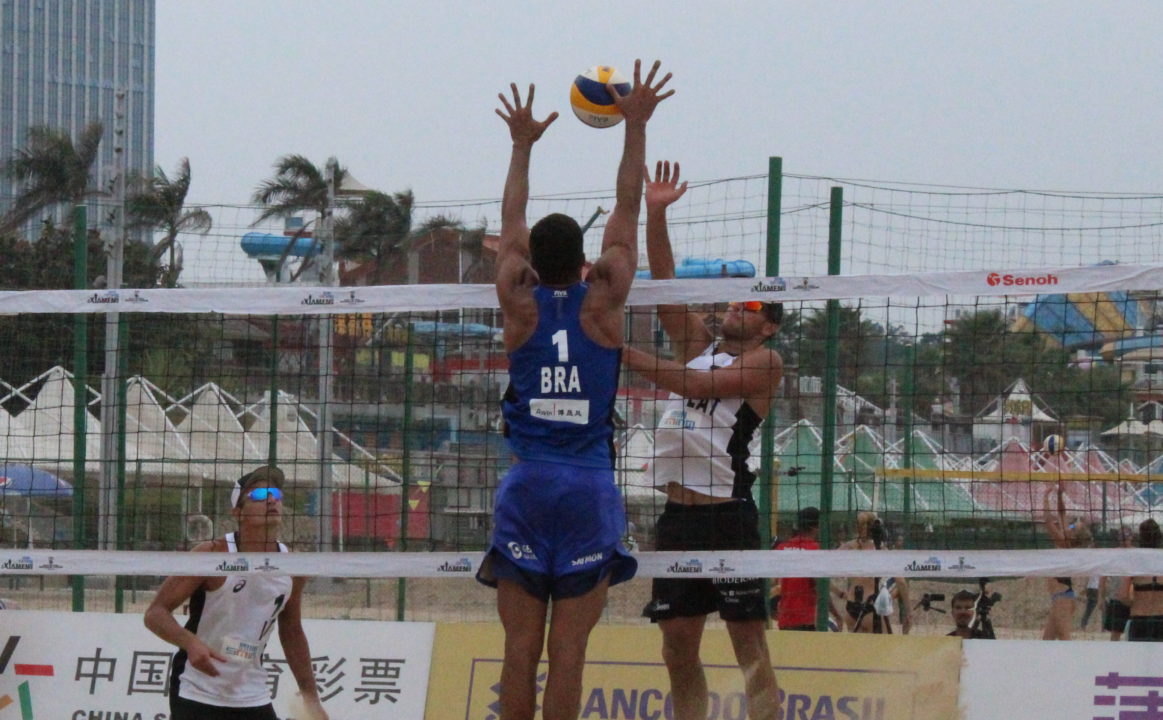 Three American teams, 10 of Top 15 seeds will play in the Xiamen Round of 16 on the women's side, while three Brazilians duos, 11 of Top 15 will be in action on men's side in Xiamen.  Current Photo via FIVB

Three teams will represent the United States in the Round of 16 at the Xiamen Four Star on Saturday as No. 5 seed Sara Hughes/Summer Ross and No. 17 Kerri Walsh Jennings/Nicole Branaugh advanced through Friday’s first round. Walsh Jennings/Branaugh made quick work of countrywomen Kelley Larsen/Emily Stockman, knocking them out of the competition, while Hughes/Ross had to put in extra work to snag a 21-17, 18-21, 32-20 win over No. 4 seed Nina Betschart/Tanja Huberli of Switzerland.

The duos join No. 13 Alix Klineman/April Ross, who earned a bye into the second round via a pool play title.

Ten of the Top 15 women’s seeds will be playing in the Round of 16. No. 22 Claes/Hochevar are the highest seed remaining.

On the men’s side, just No. 16 Taylor Crabb/Jake Gibb remain for the Americans, as the pair won in straight sets over Dries Koekelkoren/Tom van Walle (Belgium) to move on in first round action.

The Brazilians will have three teams in action in the Round of 16 as No. 4 Vitor Felipe/Guto Carvalhaes won their pool on Thursday and No. 10 Alison Cerutti/Bruno Schmidt and No. 17 Alvaro Filho/Saymon Barbosa Santos joined them with Round 1 victories. Alvaro/Saymon overcame a 21-19 first set loss with a 28-26 extra-point victory in Set 2 before closing out the comeback effort.

Vitor Felipe/Guto will take on Alison/Bruno in the Round of 16.

No. 29 Czech duo Ondrej Perusic/David Schweiner also made it through a three-set affair to advance, besting No. 15 Grant O’Gorman/Ben Saxton (Canada).

Interestingly, at No. 29, Perusic/Schweiner are not the highest seed remaining in the competition. That honor belongs to qualifiers Adrian Heidrich/Mirco Gerson of Switzerland, who check in at No. 30. Eleven of the Top 15 teams will be playing in the Round of 16.

Main Draw Round 2 action is set to begin at 8 p.m. ET Friday.