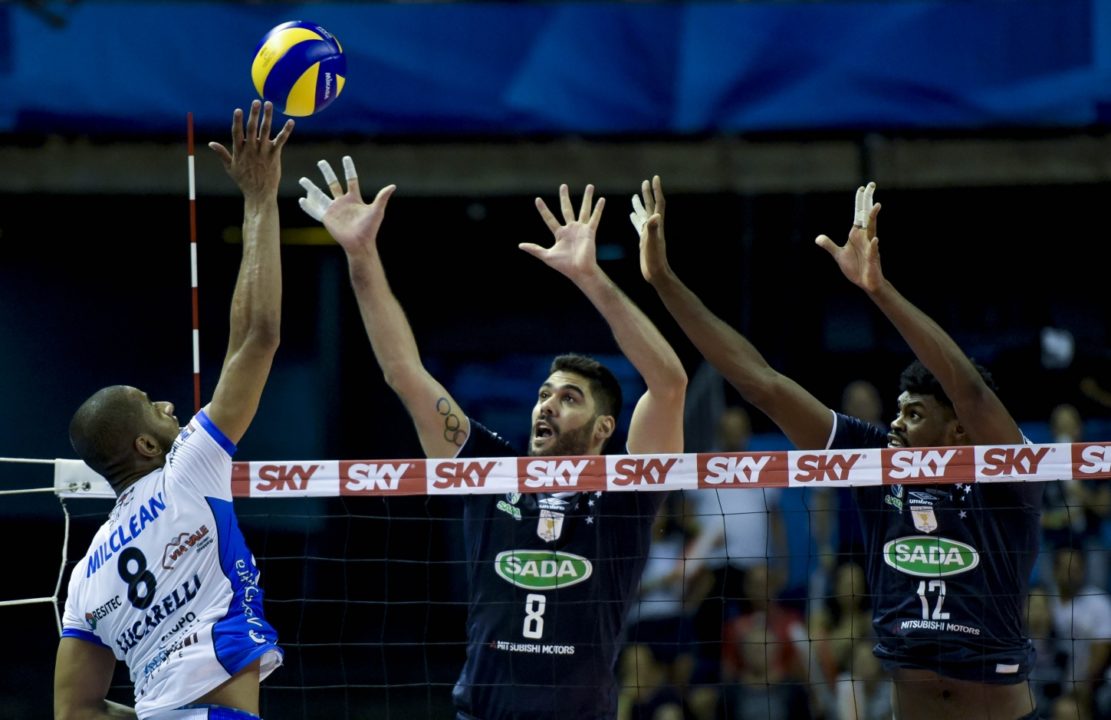 The third round of Men’s Superliga play saw no surprises. All favorites team won their games convincingly. Cruzeiro, Sesi, Campinas, and Taubaté all hit above 65% in their respective victories, giving their opponents no chance for success. Below, you’ll find recaps from all of the weekend’s games:

Team of the Week – Cruzeiro

Sada Cruzeiro remains unbeaten after round 3 of play. This week, the team worked as a well-oiled machine, as setter Nicolas Uriarte commanded an offense that scored on 47 of its 71 tries (66% excellency rate). Cruzeiro is still dominant as ever, and it doesn’t look like it’ll stop being the runaway title favorite anytime soon.

Player of the Week  – Flávio Gualberto

Flávio always let’s his presence be felt in the defensive part of the game, as he currently leads Superliga in total blocks and blocks pert set (0.92 stuffs per set), so his his 5 stuffs on Saturday’s game was nothing new. However, in his team’s match against state rivals Montes Claros, he complimented his superb defensive play with 20 points in 14 of 21 attacks. His amazing performance on both sides of the game makes him the clear choice for player of the week.