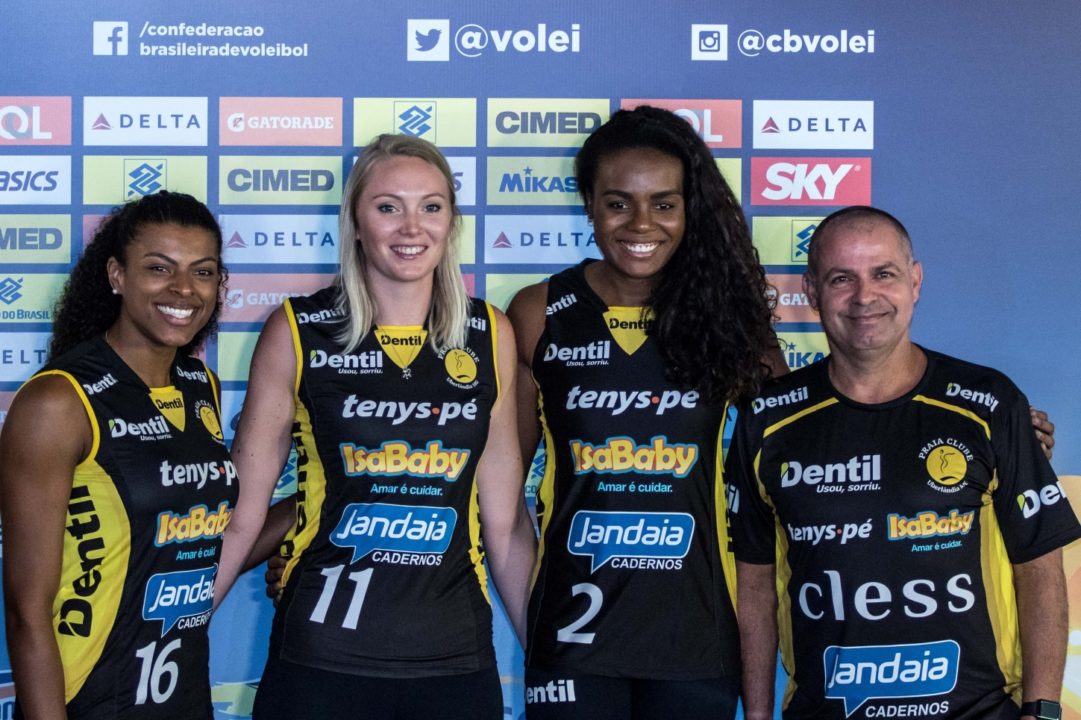 Round 3 of Superliga play is in the books. Two teams, Barueri and Minas, have netted their first win on the season this weekend, while Sesi and Valinhos remain win-less. As for the American players, Nicole Fawcett saw a little bit more playing time in Uberlândia, as she continues t0 get into better shape, while Destinee Hooker still hasn’t made her season debut for Minas. Here is a summary of all the weekend’s action:

Team of the Week – BRB/Brasília

Nobody expected Brasília to have two wins so early into the tournament after its massive budged reduction. Although its coach, Sérgio Negrão, has won multiple Superligas in the distant past, the squad is very young and inexperienced. Regardless, players like Malú have gritted and grinded their way into the top of the standings, building a comfortable lead against the lower tier teams on the fight to avoid relegation.

Player of the Week – Fernanda Garay

Fernanda Garay has just shown the volleyball world why she is a million dollars player. In only three sets of play, the Olympic gold medalist scored 14 kills on only 24 attempts to go with 4 blocks and an ace, while receiving at a 91% excellency rate. Uberlândia is yet to lose a set in Superliga thus far, and if Fernanda keeps her performance up to this rate, they will continue to dominate for the foreseeable future.