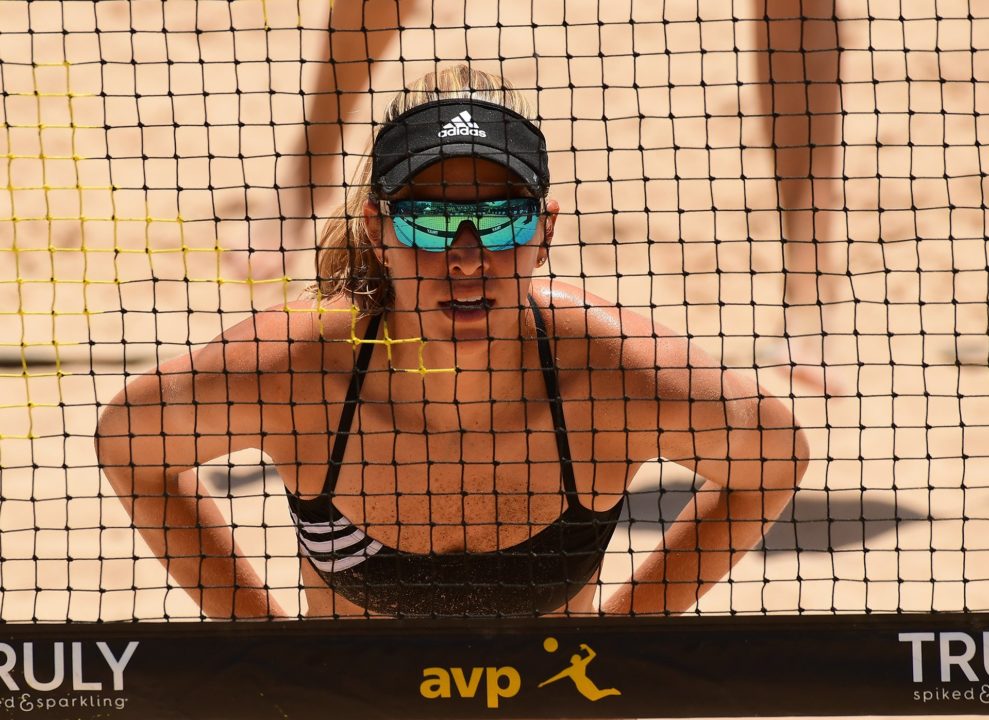 Headlining Sunday’s semifinals of the AVP Austin Open are top seeded Phil Dalhausser/Nick Lucena on the men’s side and Alix Klineman/April Ross on the women’s.

Dalhausser/Lucena are set to face No. 5 Stafford Slick/Casey Patterson to kick off the men’s action at 12:15 p.m. ET, followed by No. 6 Tim Bomgren/Taylor Crabb vs. No. 7 Jeremy Casebeer/Reid Priddy at 1:15.

Dalhausser/Lucena and Casebeer/Priddy worked their way through the winner’s bracket with three straight victories. Slick/Patterson fought back through two rounds of the contender’s bracket and Bomgren/Crabb bounced back after falling to No. 3 Billy Allen/Ryan Doherty in the second round.

Joining Klineman/Ross on the women’s side are No. 6 Lane Carico/Karolina Marciniak, No. 7 seed Lauren Fendrick/Sarah Sponcil and No. 9 Karissa Cook/Katie Spieler. Fendrick/Sponcil won three straight matches in their AVP debut to make the semis, while Carico/Marciniak and Cook Spieler battled through the contender’s bracket after dropping their opening round matches.

Klineman/Ross will face Carico/Marciniak at 10:15 a.m., while Cook/Spieler will try to play spoiler to Sponcil’s first pro event, following a national championship season at UCLA, at 11:15 a.m.

The women’s championship match is set for 2:30 p.m. followed by the men’s.