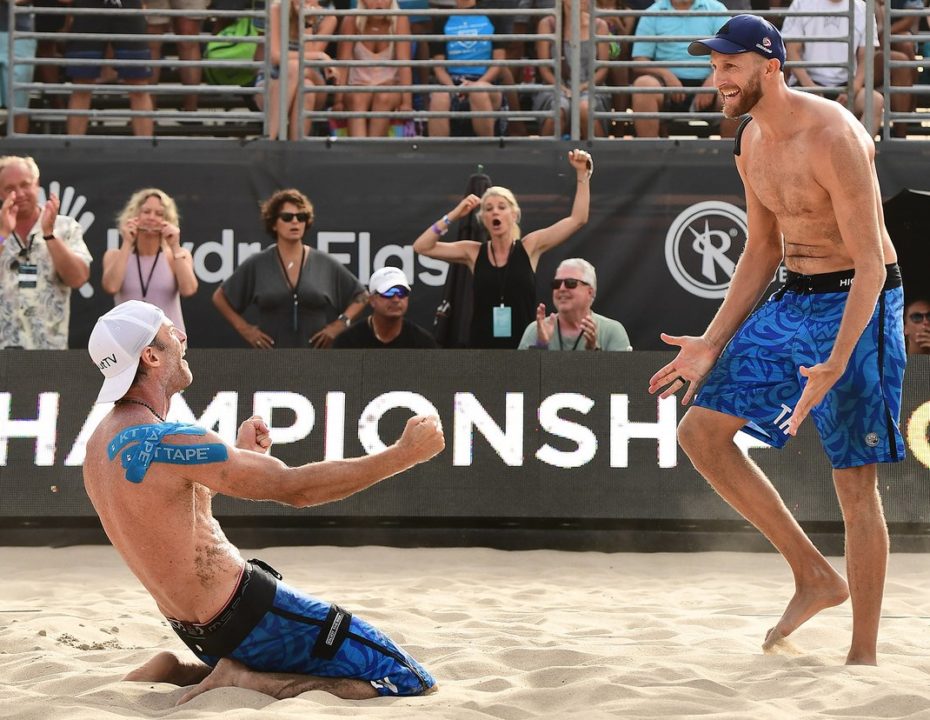 In the semifinals, the duo took out defending champions Taylor Crabb/Jake Gibb 21-16, 18-21, 15-12 with Brunner posting a match-high 24 kills and six blocks, while Hyden added 16 kills, 15 digs and two aces. Gibb chalked up 19 kills and five blocks, but hit just .255 in the match. Crabb racked up a match-high 22 digs and three aces in the loss.

In the title match, the pair edged past No. 3 seed Ryan Doherty/Billy Allen 21-19, 16-21, 16-14. The match ended on a double-contact call against Doherty at 16-14 after the pair worked its way back to a 14-all tie after trailing 13-11 in Set 3. Hyden carried the offensive load in the match with 23 kills to go with 12 digs and three aces, while Brunner guided the team at the net with five blocks and 14 putaways. Doherty managed 22 kills on a .545 hitting percentage and tacked on three blocks and three aces, but it was not enough.

Doherty/Allen made the final by besting No. 5 seed Ed Ratledge/Roberto Rodriguez 22-20, 21-19. The pair split time at the net with 12 kills apiece. Allen also chipped in 11 digs, while Doherty added three blocks and five aces. Ratledge turned in 20 kills, while Rodriguez notched nine kills and 12 digs in the loss.

The runnerup finish is the best of the season for Allen/Doherty, who finished third in San Francisco and New York. 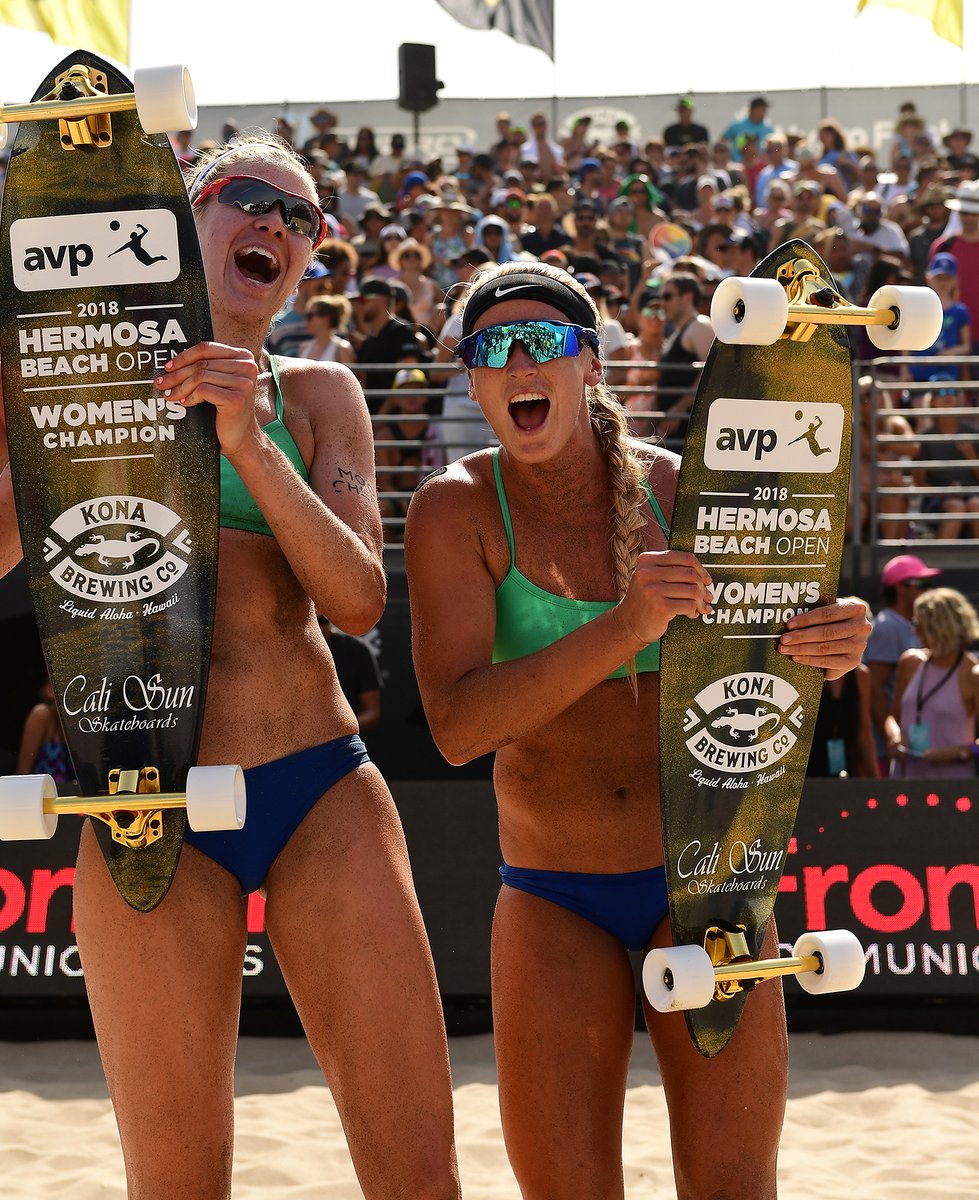 In the final, Summer Ross hit .458 with 27 kills to go with eight digs, two blocks and two aces, while Hughes piled up 25 digs and 19 kills. April Ross did most of the scoring for her side with 31 kills to go with 22 digs and three aces. Klineman supplied 12 kills, five blocks and an ace.

Ross/Klineman made it to the championship match with a tiebreak win over  No. 4 Geena Urango/Caitlin Ledoux (21-14, 18-21, 15-9). Klineman did the heavy lifting with 27 kills, three blocks and two aces, while hitting at a .571 clip, while Ross chimed in with 14 kills, nine digs and three aces. Ledoux paced her team with 18 kills, while Urango chipped in 10 kills, 14 digs and two aces in the loss.

Klineman/Ross were in their second AVP title match of the year after winning AVP Austin. The duo finished third in New York and San Francisco (July 8). Ross also teamed up with Ledoux for the runnerup spot at the Seattle Open (June 24).

Claes/Hochevar were just outside of the final once again, after finishing third in New York and in Seattle.

Ledoux/Urango, who were the runnerup in San Francisco, earned their second top three finish of the year.