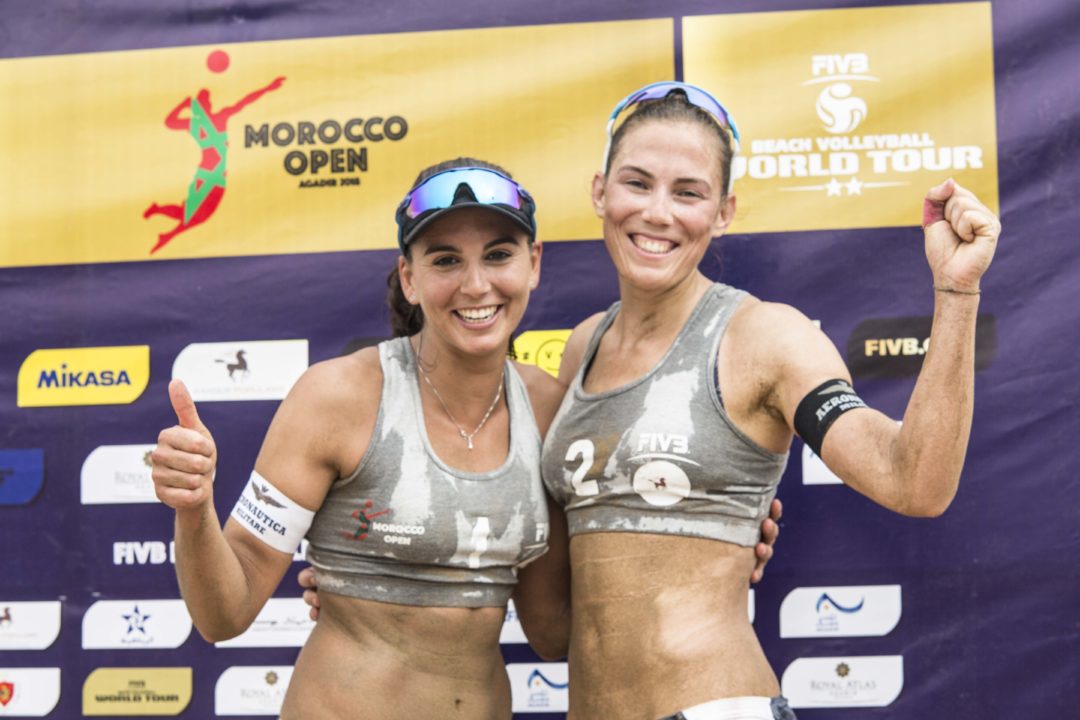 Italians Marta Menegatti/Viktoria Orsi Toth won their first tournament together since July 2016, while Russians Maksim Hudyakov/Ruslan Bykanov earned their second title of the season at the Agadir Two Star.  Current Photo via FIVB

Russians Maksim Hudyakov/Ruslan Bykanov earned their second title of the season, besting Austria’s Alexander Huber/Christoph Dressler for the Agadir men’s gold. The pair won the Alanya One Star on June 3.

The last team standing in the way of their journey to the final was countrywomen Alice Gradini/Claudia Scampoli, who were dispatched 21-13, 21-16 on Sunday.

In the title match, the Italians faced their toughest test of the tournament in second-seeded Czech pair Martina Bonnerova/Sarka Nakladalova, edging the duo for a 19-21, 21-19, 15-12 victory.

The silver medal marked the best FIVB World Tour finish for Bonnerova/Nakladalova since a runnerup finish at the Langkawi One Star on April 16, 2017. The Russians’ path to the final included just one pool play match, a free pass through the Round of 16 due to an injury and a pair of sweeps in the quarterfinals and semifinals. Bonnerova/Nakladalova bested Latvians Alisa Lece/Ilze Liepinlauska 21-13, 21-19 to earn their shot at gold.

No. 7 Lece/Liepinlauska rounded out the women’s podium, taking the bronze with a 21-17, 21-14 win over Gradini/Scampoli. It was the first FIVB World Tour podium finish for the duo.

In men’s action, No. 11 Hudyakov/Bykanov rallied after dropping their opening pool play match to win five straight matches to take the title. 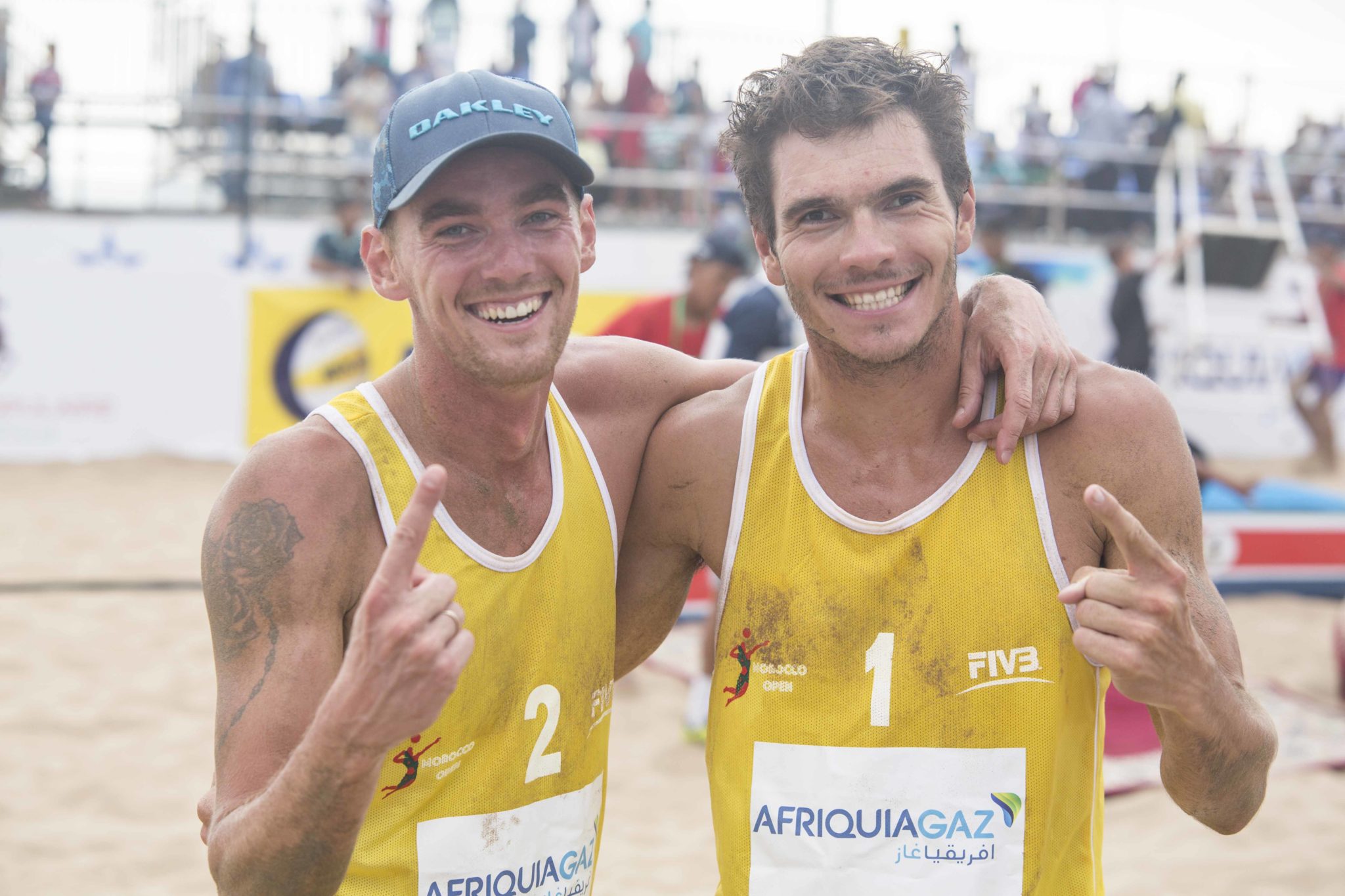 A 21-16, 21-17 win over Lithuania’s Arnas Rumsevicius/Lukas Kazdailis put the pair in the gold medal match.

No. 7 Huber/Dressler earned the silver in just their second tournament together, following a fifth-place effort at the Haiyang One Star on July 22. The Austrians won the Pool F title with two wins, then followed with a Round of 16 pass due to an opponent injury. A sweep of Latvia’s Aleksandrs Solovejs/Rihards Finsters and a tiebreak victory over top seeded Argentines Nicolas Capogrosso/Julian Azaad in the semifinals led up to the finals appearance.

Capogrosso/Azaad claimed the bronze medal with a 21-17, 21-19 win over Rumsevicius/Kazdailis. It was the first FIVB podium finish for the pair. 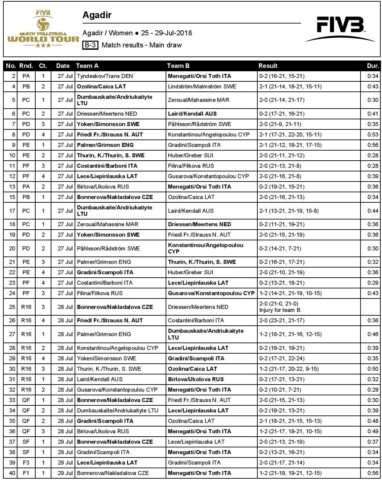 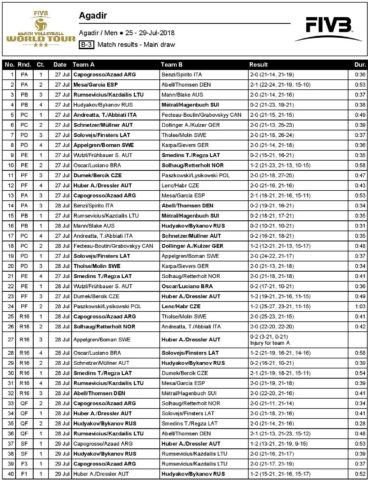