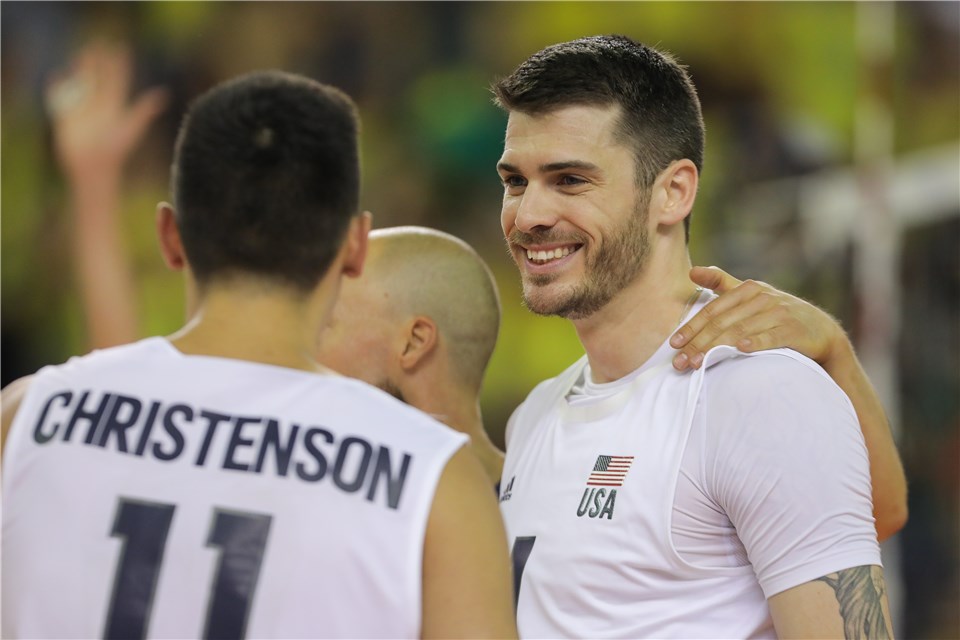 Matt Anderson joined Team USA in week 2 and scored 42 points while playing at both opposite and outside hitter positions. Archive Photo via FIVB

USA Volleyball, currently 3rd on the table at the 2018 FIVB Men’s Volleyball Nations League, has carried their week 2 roster through to week 3.

They spent last week in Goiania, Brazil and this week passed through the US en route to Ottawa, Canada, where any desired changes would have been easy to make. Next week, they’ll remain in the western hemisphere and play in Hoffman Estates, Illinois, near Chicago, which provides another convenient opportunity for changes if they wish to make them.

The roster is effectively complete, with the exception being the absence of outside hitter Taylor Sander, who is at home awaiting the birth of his first child with his wife Rachel. Matt Anderson and Micah Christenson rejoined the team in Week 2 after playing in early May at the CEV Champions League Final 4.

The U.S. will play Germany, Australia, and  Canada this week, the latter of which will be a bronze-medal rematch from last year’s World League. The U.S. will look to bounce back from a roller-coaster week that saw the Americans fight back from an 0-2 deficit to beat Japan, sweep South Korea easily in 3, and then give up a 2-0 lead against Brazil.