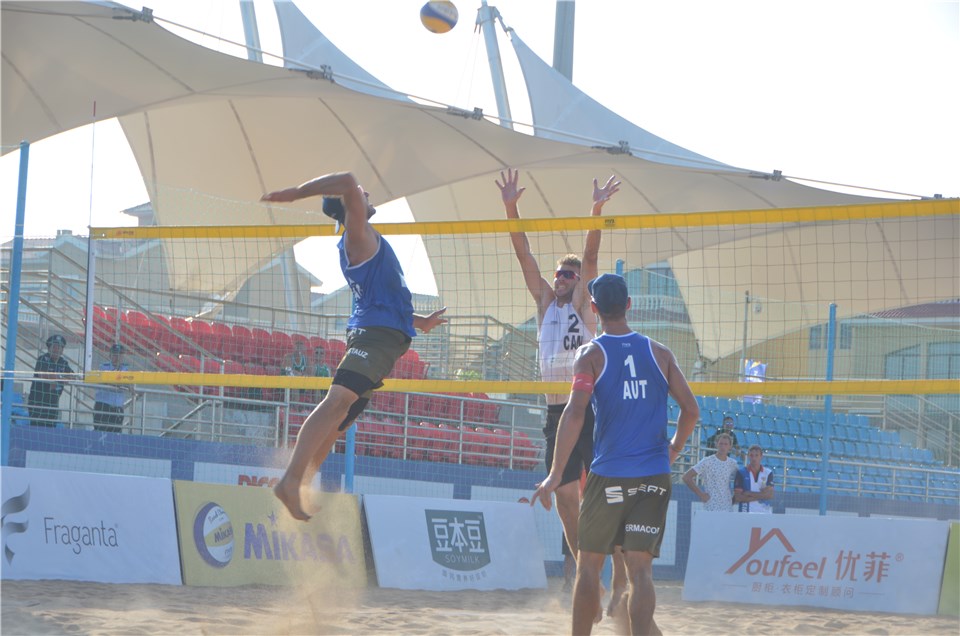 Friday brought pool play to an end at the Haiyang Three Star and also included the first elimination round, setting the table for Saturday's Round of 16.  Current Photo via FIVB

Friday brought pool play to an end at the Haiyang Three Star and also included the first elimination round, setting the table for Saturday’s Round of 16.

The eight pool play winners on each side were named on Thursday, leaving the final pool matches to round out the elimination round field.

Joining the pairs in the winner’s circle were two Austrian duos as well as teams from China, France, Germany and Thailand.

The remaining four teams to advance in the knockout rounds were:

Once into the women’s first round, two Chinese pairs and teams from six other countries moved on to face the pool winners. Among the winners were Canadians Nicole McNamara/Megan McNamara, who won the World University Championships title last week.

Japan’s Yui Nagata/Minori Kumada were the only team to go the distance in the elimination round, rallying past Austria’s Eva Freiberger/Valerie Teufl 27-29, 21-16, 15-8.

Other round 1 winners included:

Americans Bree Scarbrough/Aurora Davis were knocked out of the competition by Numwong/Hongpak 21-18, 23-21. 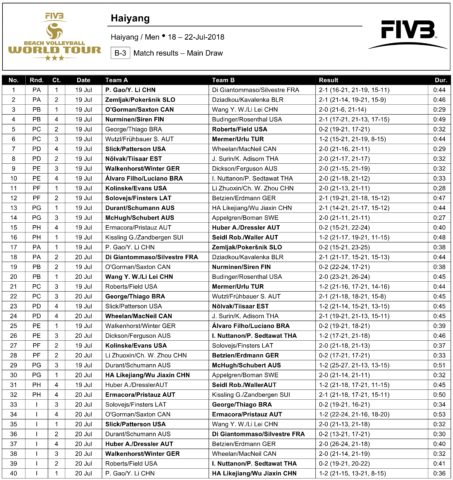 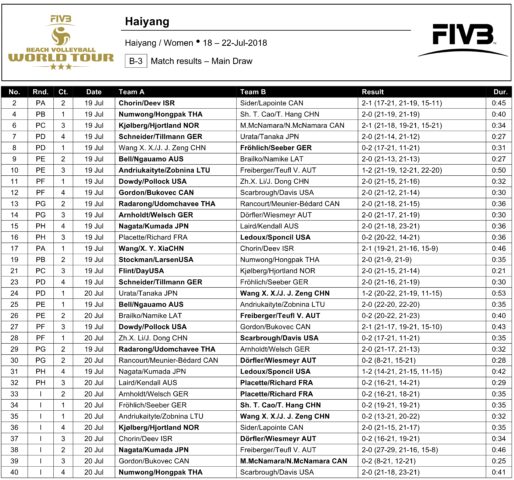