An Inside Look at the Haiyang Three Star, Qualifying Began Wednesday 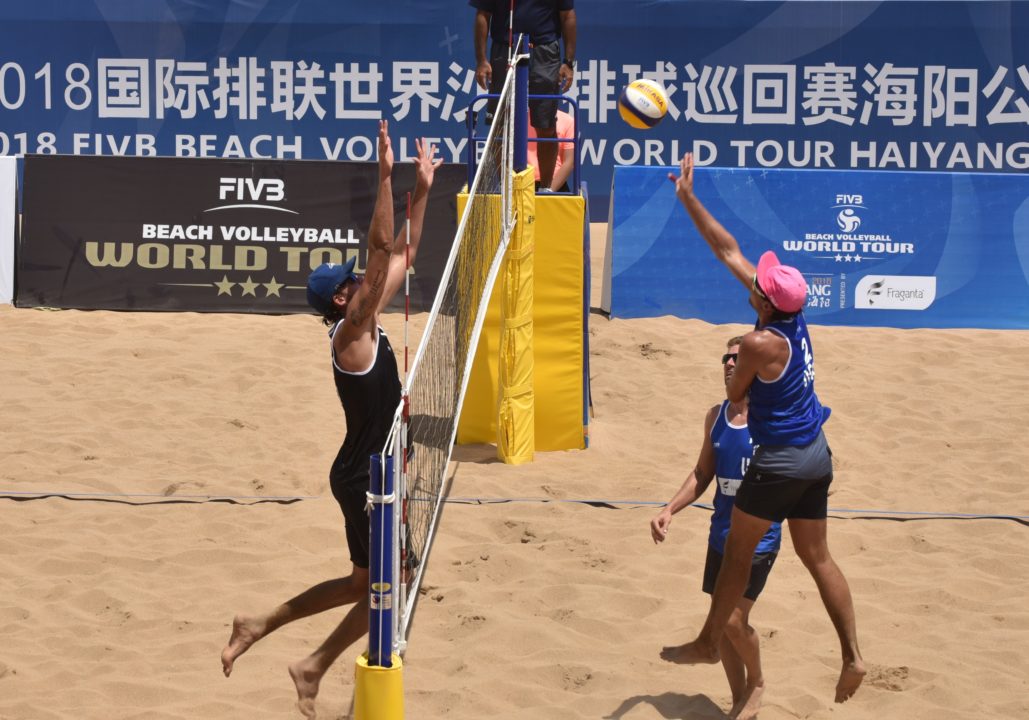 Also moving on through the qualifiers were:

All four matches were decided in straight sets.

The Haiyang Three Star is in the seventh FIVB event in China thus far during the 2017-18 season.

With the remainder of the tournament still ahead, here’s a look at the field.

China’s Gao/Li are in search FIVB medal of the year, following gold at the Singapore Two Star (June 24) and bronze at the Anapa One Star (July 8) and Jinjiang Two Star (June 3).

Slick/Patterson earned their best finish of the year at the Lucerne Three Star on May 13, finishing fifth.

Wang/Xia boast a pair of runnerup finishes in 2018, earning the silver medal at the Lucerne Three Star (May 13) and Nanjing Two Star (June 17).

Larsen/Stockman finished among the top eight at the Gstaad Major last week and finished third at the Lucerne Three Star (May 13).

Flint/Day are looking to best a fifth-place effort at the Lucerne Three Star on May 13. The pair has earned back to back AVP Tour titles, winning the Seattle Open and San Francisco Open.