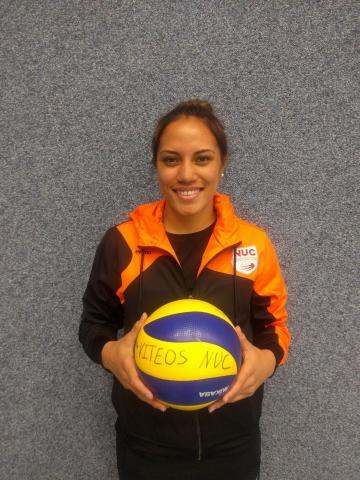 Shar Latai Manuo-Olevao, an University of Hawaii Graduate (Class of 2015), has just signed a contract with Swiss club Le Viteos Nuc, according to the team’s official website. Olevao will beef up the club’s roster, which is currently playing 3 simultaneous competitions: The Swiss Championship, The Swiss Cup, and the CEV European Cup.

Olevao, 23-years of age, is from Hawaii. On her four years at Hawaii University, she led the team to two NCAA appearances, while winning All-Big West honors in her junior and sophomore seasons. Previously to her move to Switzerland, she enjoyed great success in The Phillipines, playing for Cocolife, and was one of the league’s highest scorers last season.

In her new club, she will join fellow Americans Cassidy Pickrell, Morgan Bergren, and Dockery Tiana, which should greatly ease up her transition process. Although considered a second-tier league, Switzerland’s professional volleyball is highly organized, and Olevao should have ample room to continue developing her skills on the court. Also, other European clubs will be keeping an eye on her along her season.

Le Viteos NUC was founded in 1961, and in 1989 fused with Neuchatel University to become what it is today. It currently occupies the league’s 5h place on the standings with an 11-8 record.