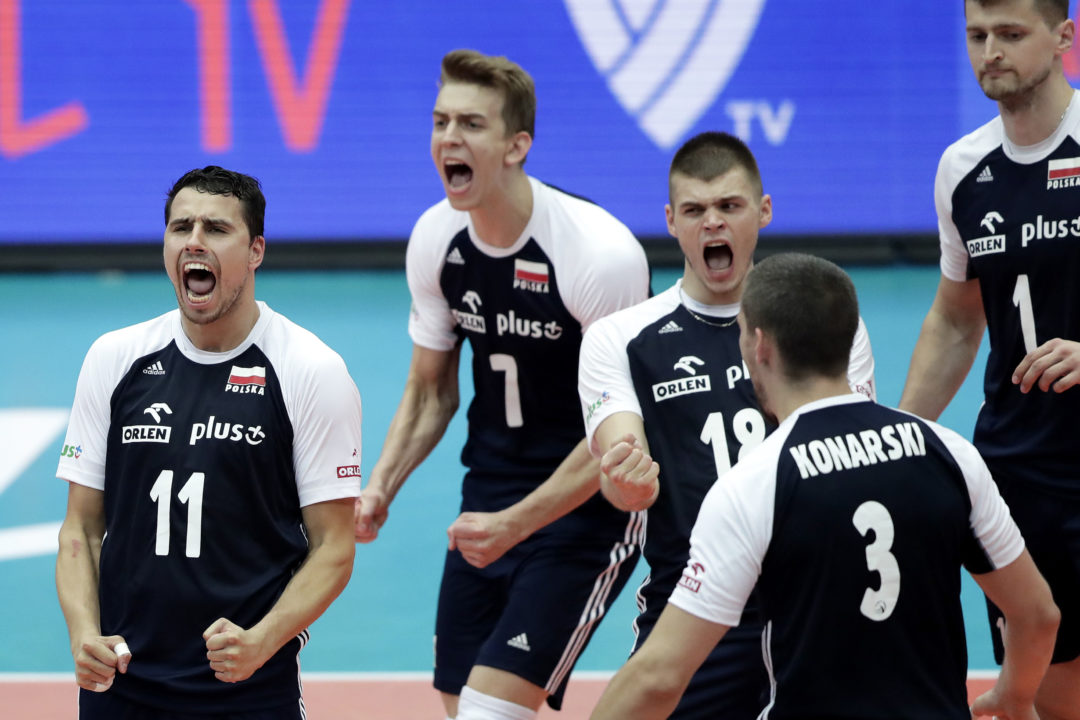 After three weeks, none of the 16 teams have been mathematically eliminated although the picture looks awfully grim for 0-9 South Korea, which has just one point to its credit.

Week 3 was one of many upsets with Germany delivering two of those giant killer blows, before succumbing to a hungry Australia team on Sunday. Forty errors plagued the Germans, who opted to play without Tobias Krick and use Simon Hirsch in limited capacity.

In another surprise result, Japan edged past Italy in five sets with help from 43 Italian miscues.

Blocks were key in France as both Argentina and the host French piled up 12 and 14 stuffs respectively in wins over Korea and Serbia.

Brazil extended its win streak to seven matches with a 3-0 showing in Russia, including a sweep of China on Sunday, with help from a 21-point showing by Wallace DeSouza.

Russia’s Dmitriy Muserskiy was the top scorer on the day with 24 points in a four-set win over Iran, while Japan’s Yuji Nishida also notched 24 points as his team edged Italy in five.

Here’s a look at how it all went down on Sunday.

At the end of the day, the top four teams remained the same from day eight to day nine with Poland and Brazil tied at the top followed by France and the United States. Russia and Serbia swapped spots as the Serbs fell victim to France in a sweep and Russia edged past Iran.