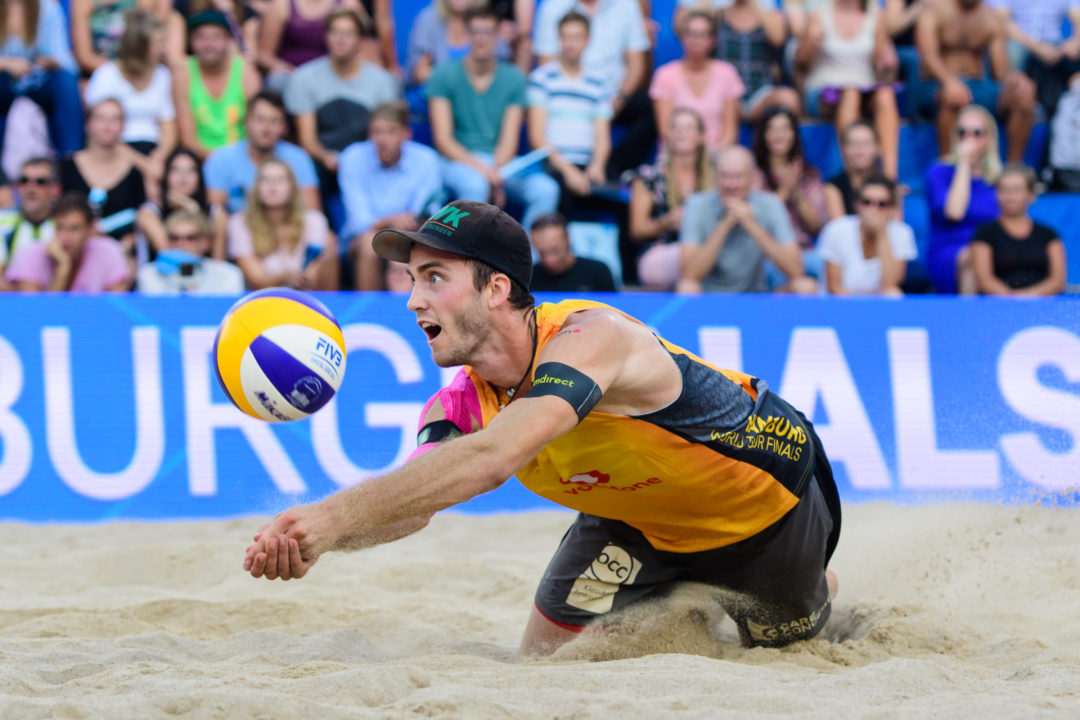 With just six of the 10 teams moving on, the two pool winners to the semifinals, and the second and third place teams in each pool heading to the quarterfinals, the teams simply ran out of point possibilities.

Smedins/Samoilovs, which were the runnerup at the CEV European Championships a few weeks ago, came up short, going dropping to 0-4 on the tournament including three tiebreak losses.

“We couldn’t play at our best and when that happens in this tournament you won’t win games,” Smedins said.  “I’m physically and emotionally tired, so I just want to take some days off and relax.”

Herrera/Gavira bounced back with a sweep in their tournament finale after losing three straight. On Wednesday, Latvia’s Martins Plavins/Edgars Tocs squeaked out a 34-32, 17-21, 15-12 win and the Spaniards were edged by third seeded Dutch duo Alexander Brouwer/Robert Meeuwsen (22-20, 23-21). The pair couldn’t hold on after winning Set 1 vs. Poland’s Michal Bryl/Grzegorz Fijalek (13-21, 21-12, 15-12) on Thursday morning and ran out of gas against Norway’s Anders Mol/Christian Sorum (21-14, 21-15) to close out the tournament.

Thole/Wickler and Mol/Sorum are currently in the driver’s seat in the race for the pool titles. The Germans are 3-0 atop Pool A with a match against Kantor/Losiak (2-1) remaining. Mol/Sorum are 3-0 in Pool B with just Brouwer/Meeuwsen (1-2) left in their way.

The four remaining matches are:

After those matches, the quarterfinals will begin, involving the second and third place teams in each pool. 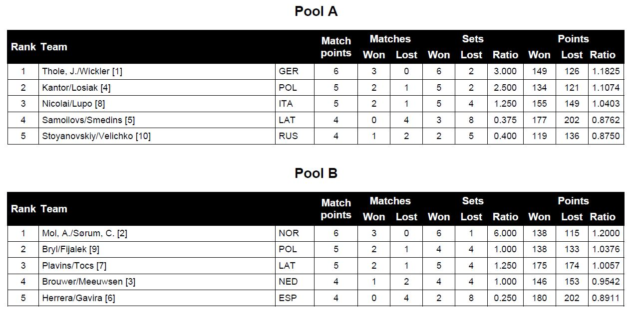 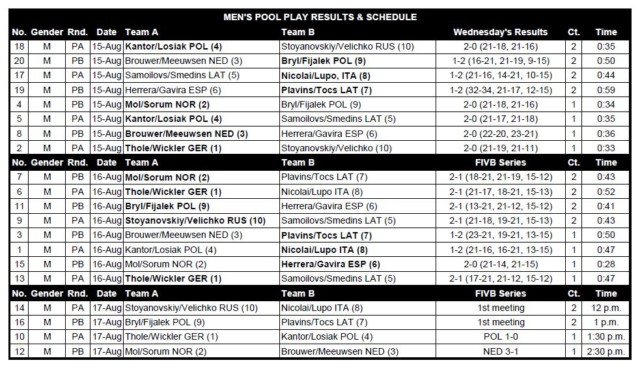