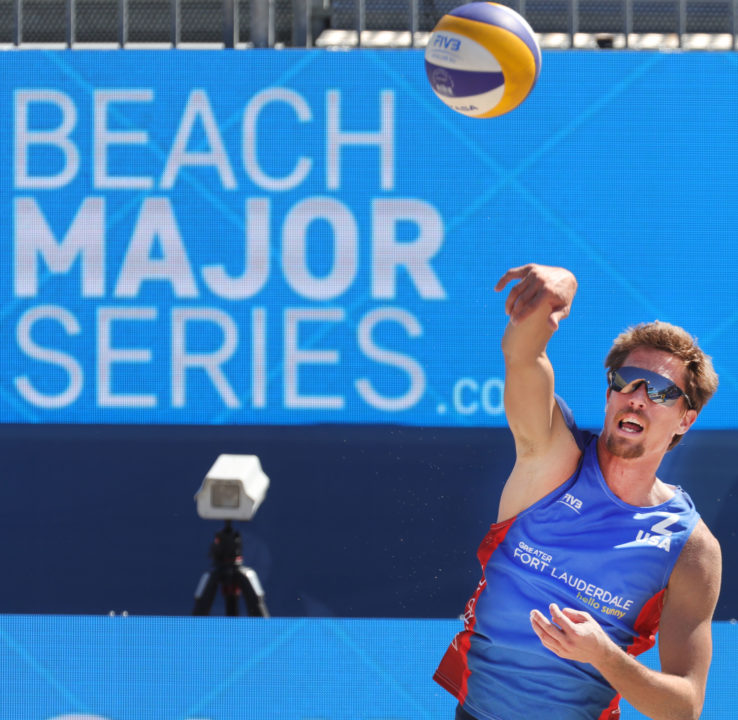 The men played just one round of qualifying matches at the Vienna Major on Tuesday with the action set to wrap up on Wednesday. Round 2 will feature an all-American pairing and an all-Swiss matchup among eight contests. Current Photo via FIVB

The men played just one round of qualifying matches at the Vienna Major on Tuesday with the action set to wrap up on Wednesday.

Americans Taylor Crabb/Jake Gibb and Bill Kolinske/Miles Evans won via sweep. Only one of the American pairs will make it to the main draw, however, as they are pitted against one another in Round 2.

Teams from 13 countries are still in the running for the final eight main draw spots.

Among the 16 teams left in play are Chile’s Marco Grimalt/Esteban Grimalt, who won gold at the Tokyo Three Star on Sunday, earning the first ever FIVB World Tour medal in Chile’s history.

“We’ve played a lot of qualification tournaments this year and most of the times it went all, but we lost in Gstaad even playing a good match against the Belgians and it was good to win in Tokyo right after it as it didn’t let our confidence be down for any longer,” Esteban Grimalt said. “It’s always a lot of pressure to play in the qualification as one setbacks means you’re going home empty-handed, so it’s very important to control your feelings and play as relaxed as possible.”

Ricardo/Guto then faced off with Lithuania’s Artur Vasiljev/Marius Malinauskas in the opening round of qualifying, winning 21-10, 21-17.

The Round 2 qualifying schedule is as follows: 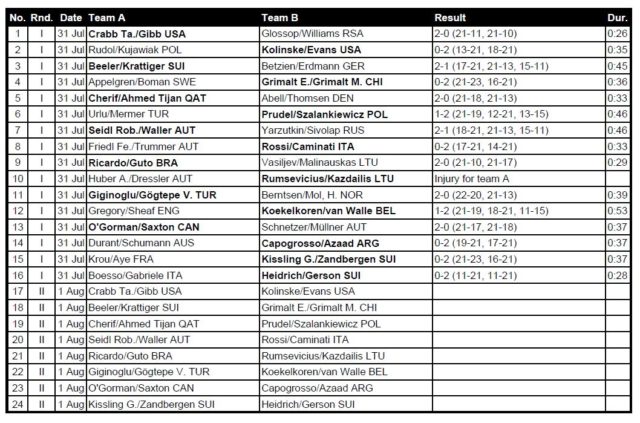