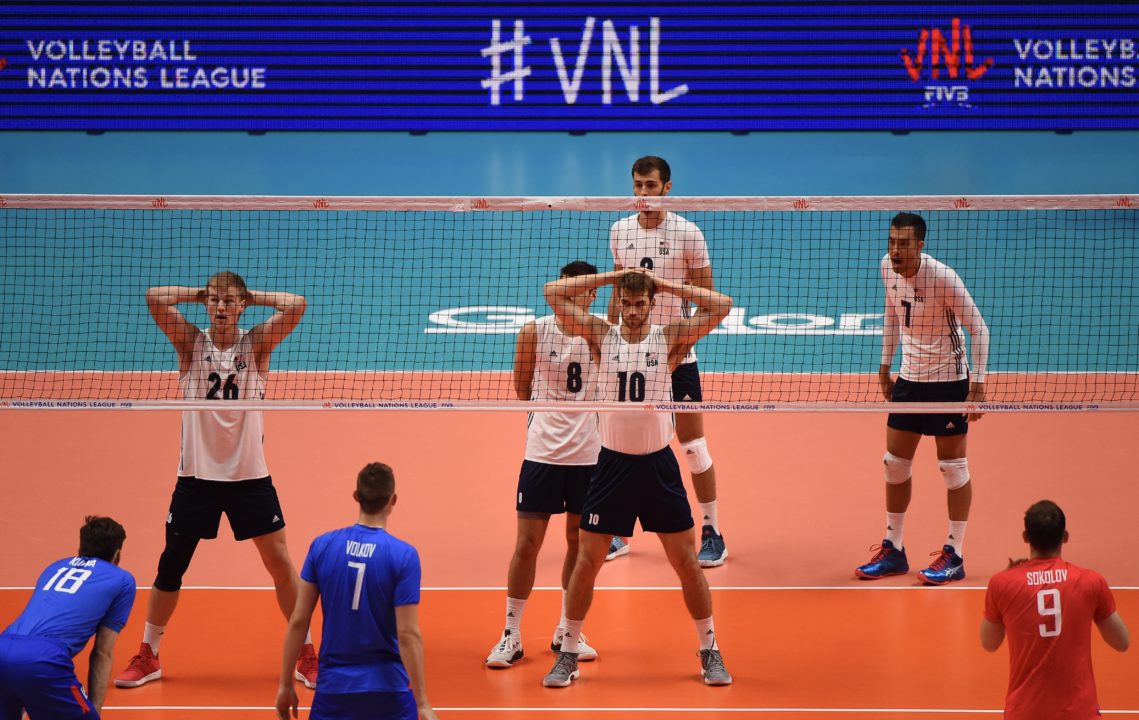 The United States used an entirely different starting lineup on Friday against Russia than the day before. John Speraw has now started all 14 players on his roster in the VNL Final Six.  Current Photo via FIVB

One player not expected to play on Friday was Taylor Sander. Sander made his first appearance for the United States since the first week of competition on Thursday. He scored 14 points before leaving in the final set due to an ankle injury. Sander shared some light on his injury and assured fans it is not too serious when he said, “Sure, I got a bit injured but I’ll be back, I’ll be fine.”

Not only did Spreaw decide to rest Sander, but every other player who started and played at least a full set against Poland Friday’s lineup means that every player on the 14-man roster in the VNL Final Six.

While the lineup includes a pair of players still college (TJ DeFalco and Kyle Ensing), it also includes Aaron Russell, champion of the Italisn SuperLega and Best Outside Hitter at the 2016 Olympic Games. The setter, Kawika Shoji, also led the Berlin Recycling Volleys to three consecutive German Bundesliga titles.