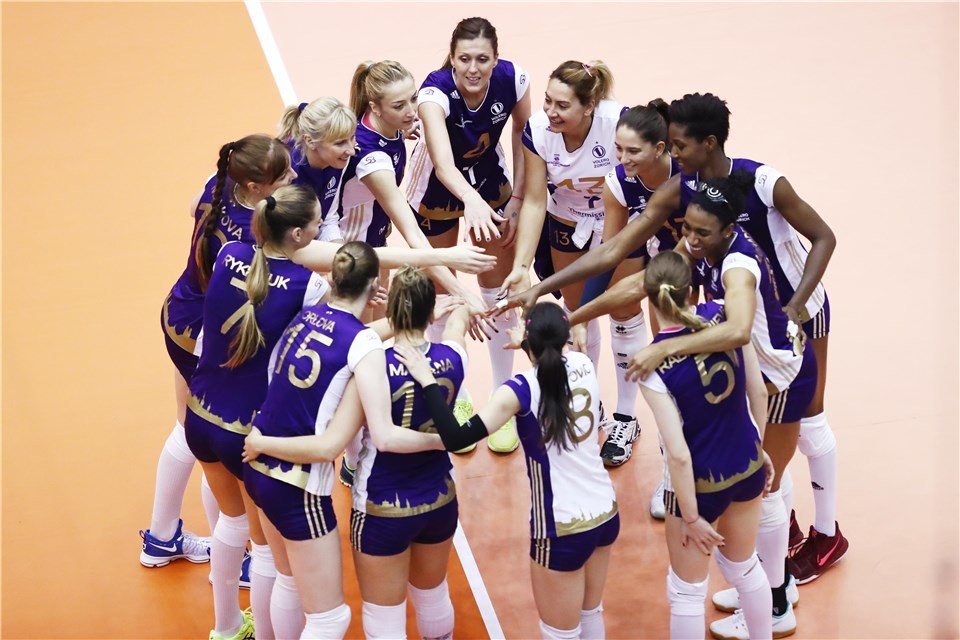 The Swiss side, Volero Zurich, has cruised to two wins at the event, earning a berth in the semifinals with one pool play match to go.  Current Photo via FIVB

Day 2 action in Pool B of the FIVB Club World Championships saw Swiss side Volero Zurich sweep the competition and defending champions Eszacibasi register a four-set win. Volero is now 2-0 in the tournament and has earned a spot in the semifinals. The final matches of pool play will take place on Thursday, beginning at 8:40 p.m. ET.

Eczacibasi jumped out to an 8-4 lead in Set 1. Osasco pulled within one at 11-10, but the Turkish side held a 16-14 lead at the second technical timeout. Osasco rallied to take an 18-17 lead but Eczacibasi got a block and a kill from Tijana Boskovic late leading to a 25-21 win. The Brazilians led Set 2 throughout, taking an early 8-4 advantage and building the lead to six at 16-10 en route to the 25-20 win. Set 3 was nearly all Eczacibasi in a 25-16 win and the team carried the momentum into the final stanza. After jumping ahead 8-3, the team expanded its lead to 10 at 20-10 on an ace by Boskovic before wrapping up the match.

Volero Zurich struggled early in the match, falling behind 8-5 and 16-14 in Set 1, but managed to jump ahead 22-18 with a couple of blocks and a kill by Kenia Carcaces Opon. NEC knotted the score at 23, but fell 25-23. Volero cruised to the Set 2 win, taking a 13-9 lead early en route to the 25-17 win. NEC Red Rockets used stout defense to build a 19-14 lead in Set 3, but Olesia Ryhliuk and American Foluke Akinradewo led the charge for Volero Zurich late to secure the sweep.