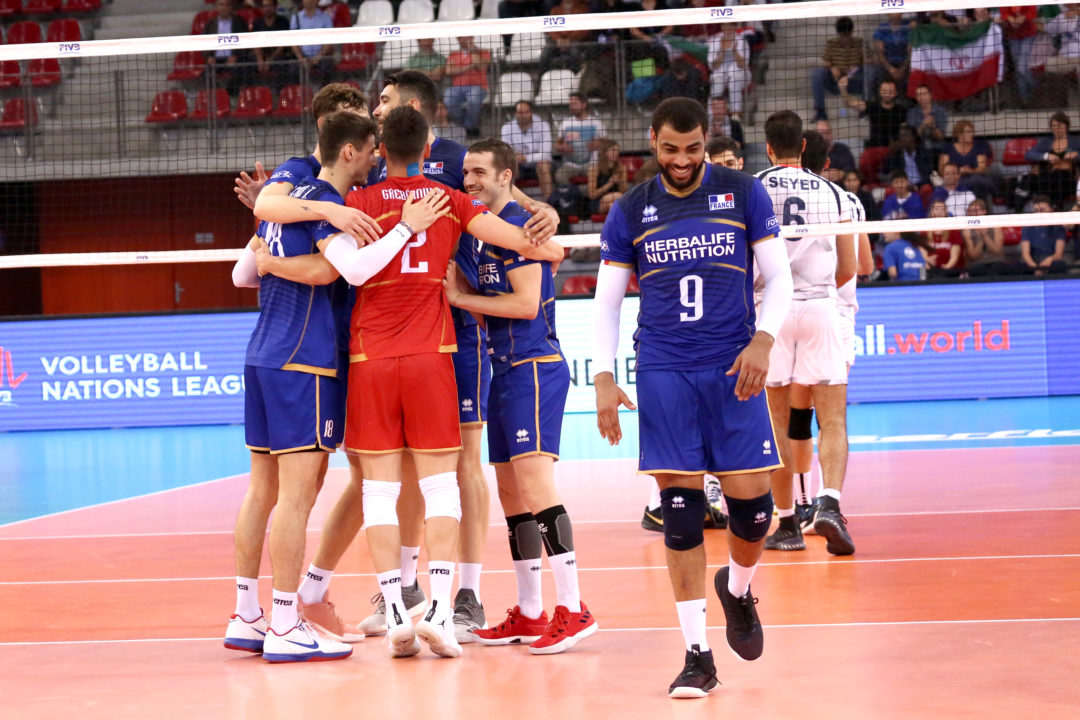 With the 2018 FIVB Volleyball Men’s World Championship coming up on Sunday September 9th in Rome, Italy and Varna, Bulgaria,... Current Photo via FIVB

With the 2018 FIVB Volleyball Men’s World Championship coming up on Sunday September 9th in Rome, Italy and Varna, Bulgaria, Volleymob’s Jeremy Brahm will provide his view on where each of the men’s national teams ranks going into play.

His ranking system uses match results on a daily basis from FIVB events (World League, Volleyball Nations League, World Championships (and its qualifying tournaments), Grand Champions Cup and World Cup), the Olympics (and its qualifying tournaments) and Continental Championships (and its qualifying tournaments) for the last four years. A point is awarded for each set won (maximum of 3 points), and additional points are awarded for the points ratio up to 1 point (winning by 25 points or more (1 set)). If teams play opponents outside of their confederation, there is multiplier to the original score (the two confederations divided in half) and then the rank of the team is multiplied as well. In general, winning an international match will give a team 9-14 points, while winning a continental match will give a team 3-8 points. Friendly matches are not included in the team point totals.

Points are weighted to most current results with the following calculations:

Confederation Multipliers for 2018 are as follows:

Using these methods, when looking at the results from 2003 to last weekend’s CEV European Championship Qualifying, the higher ranked team has won 74.06% of the time. With this said, where are the teams ranked prior to the World Championships? 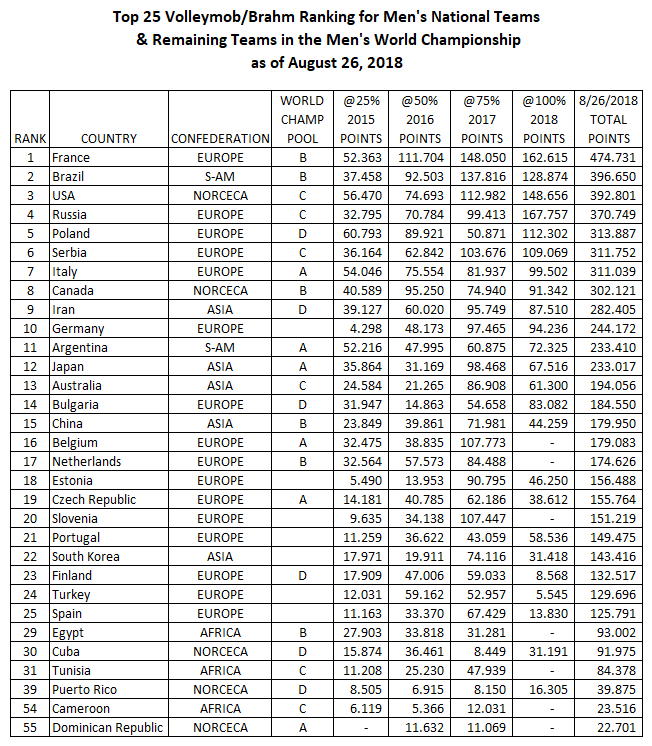 The French men’s national team is currently the top ranked team according to my ranking system. This is due to the wins in the Volleyball Nations League this year and the World League win in 2017. France also had to play in the last round of Olympic Qualifiers in 2016, which gives them a slightly higher rank in 2016 than the Olympic Champions of Brazil.

Brazil is second due to their Olympic win in 2016, their 2nd place finish in the 2017 World League and semifinals appearance in the Volleyball Nations League this year.

The USA is third from their semifinal appearances in the 2017 World League and 2018 Volleyball Nations League.

Russia is fourth after their Volleyball Nations League Championship this year, which has really pushed them up the ranking.

Poland, Italy and Serbia are basically in a three-way tie for fifth place, with Canada just behind them in 8th. Iran is 9th, while Germany is 10th and the first ranked team that will not be playing in the World Championships.

From looking at the rankings above, Pool B and Pool C are very top heavy with three teams each in the top 10.

VolleyMob will be presenting some data soon to show which teams have chances of advancing to the second round based on their VolleyMob/Brahm rankings.