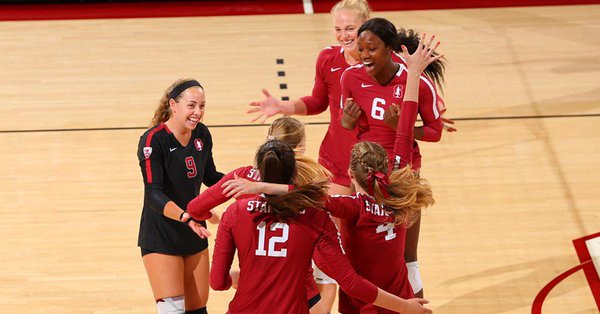 With an injury at the top and a 14th ranked win for Stanford, the Cardinal make the jump back to where they began the year. Archive Photo via Stanford Athletics

There wasn’t much but the occasional one or two spot slide/jump in this week’s rankings as we near the end of the regular season. Normally the shifting doesn’t apply at the top, but in this case it does, with a rare switch.

Why is it sad? These rankings are meaningless. BYU will get a top seed in the NCAA tournament and if they and Stanford both win their brackets, they’ll have a chance to prove who’s the best at the end of the season.

I for one suspect it’s Stanford. A 5 set win in Provo won’t project to a neutral court environment in the NCAAs. And Stanford has been more thoroughly challenged and tested throughout the season, which will pay dividends in the tournament.

But we’ll all know the outcome in a few weeks regardless.