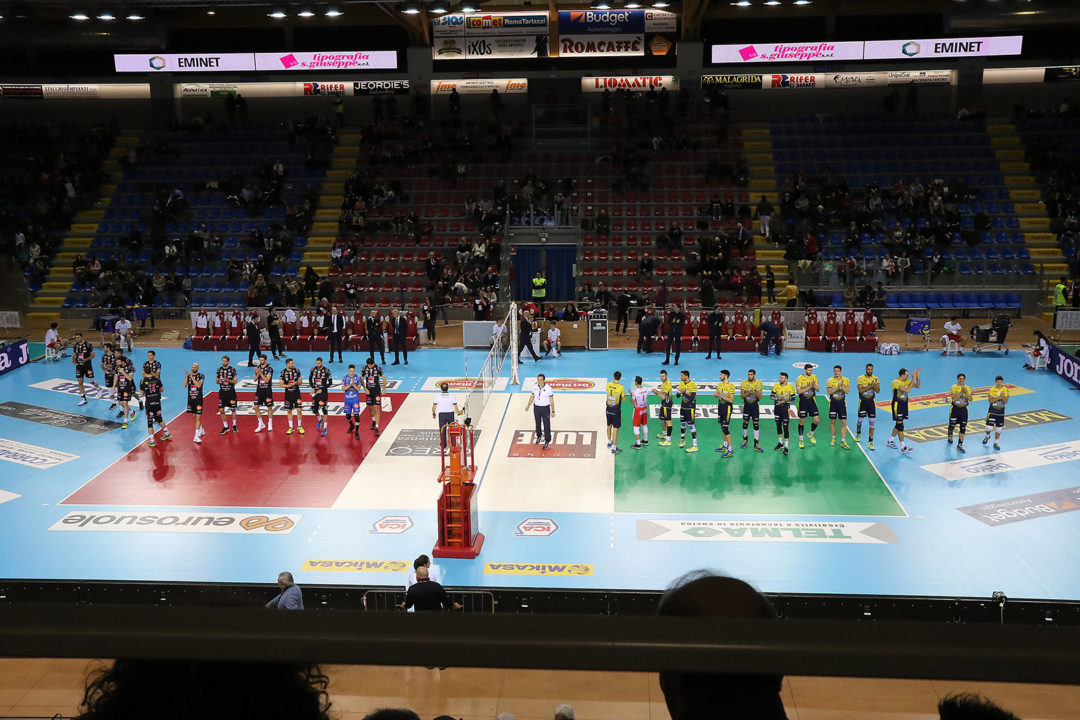 We pick our first and second all-star teams for the 2017-2018 SuperLega season Current Photo via legavolley.it

All-Star team. Pro Bowl. Concepts that our North American teams will be very familiar with. The annual selection of the top players in the league is a sports tradition that has not quite made its way across the Atlantic yet. To fill in the gap, we’ll do our best at volleymob to pick who we think were the top players at each position for the 2017-2018 Italian SuperLega season.

There will be two teams, each comprised of the positions that make up a traditional volleyball team. The criteria for selection will be the players who I consider to have had the most outstanding season at their position. Here are my picks:

The first team was fairly easy to complete. Grebbenikov was the easy choice at libero. While he may not be having his best passing season of all time, the difference he makes keeping balls alive can’t be overstated. Marko Podrascanin the anchor of the top defense in the league and managed to score on 60% of his attacks. Eder was 2nd in aces only to Alen Pajenk, while racking up over twice as many blocks and hitting 65%. Being a strong server and blocker is a rare combination of middles that is valuable to any team. If Nimir had played the whole season, he would be on this team, but Atanasijevic is a force on offense and a deserving first team member. Osmany Juantorena is the league MVP and an easy choice, while Ngapeth’s talent when he is on the court is undeniable. Bruno gets the nod over other equally-talented setters because of the way he was able to guide Modena through their massive injury problem, and how he made players like Giulio Pinali look like superstars.

My most surprising pick of these teams, Caviccini was on the terrible 3-23 BCC Castellana Grotte. Why I picked him over Erik Shoji and Masimo Colaci is because he led all liberos in passing at 38.7% while putting up multiple sensational digs every game. He is everything you want in a libero but will likely be overlooked because of his team. Yosifov was the best statistical centre in the league, leading all players in blocks with 69 while still applying pressure with his spin serves and attacks. Polo narrowly beats out Max Holt for the second middle spot due to his superior blocking and durability. Nimir is the easy choice at opposite despite missing the last few weeks of the season. He was on pace to have the best scoring season in league history and was a key part of Milano’s turn around this season. Aaron Russell was the obvious pick for the first outside spot, but Trevor Clevenot was a tough pick at the second. I was tempted to pick one of the Trentino outsides (Nick Hoag, Uros Kovacevic, and Filippo Lanza) but the fact that they all missed time and/or have been benched in key games gives Clevenot the slight edge. Micah Christenson, Simone Gianelli, and Luciano De Cecco are all deserving of this spot, but the American gets the nod due to his team’s league-leading hitting efficiency of 54.4%.

The SuperLega will now move forward to the playoffs, where 1st place Sir Safety Perugia are the top seeds.

This list is spot on…who wouldve thought that Diatec Trentino would only get 1 player in the all star team at the beginning of the season?
Are we also getting a female all star team?

To be fair Gianelli, Hoag, Kovacevic, and Lanza just missed the list. But you’re right, this team performed below expectations. Maybe they can make up for it in the playoffs?

Gianelli over De Cecco as an “almost”?
Since they split their regular season play against Verona…they should be very worried about the possibility of not making it out the first round

Thanks for the report.