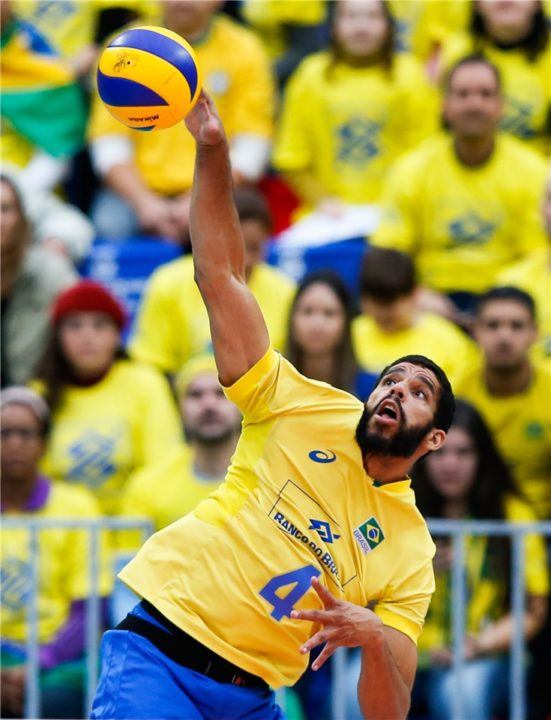 Brazilian opposite hitter Wallace de Souza has renewed his contract with Funvic Taubate, returning to a team that last season won the Brazilian Cup and finished runner-up in the Brazilian Men’s SuperLiga. losing in four sets to Sada Cruzeiro. He will be joined by fellow Brazilian star Ricardo Lucarelli, Argentine middle blocker Sebastian Sole, and newly signed Serbian outside hitter Marko Ivovic among others.

Wallace has been a dominant force for Brazil for years. His success with the national team started in 2007 when he helped lead the Brazilian team to a gold medal at the U-20 World Championships. In addition, he was an Olympic silver medalist for Brazil in 2012 and helped the team finish runner-up at the 2014 FIVB Volleyball Men’s World Championships.

However, the last calendar year has been one of the most successful of Wallace’s career. While leading Brazil to the gold medal at the Rio Olympics, Wallace was named Best Opposite Spiker after leading the tournament with 147 total points. In addition, Wallace has been named the Best Opposite Spiker of the FIVB World League for the last two seasons. At the most recent chapter of the yearly event, Wallace scored 123 total points despite playing only 7 matches. Wallace scored 22 points in the final as Brazil dropped a thrilling 5 set match to France.

Behind the return of Wallace, Funvic Taubate will attempt to win their first Brazilian SuperLiga title in club history after finishing third in 2014/2015 and 2015/2016 and second in the 2016/2017 season.