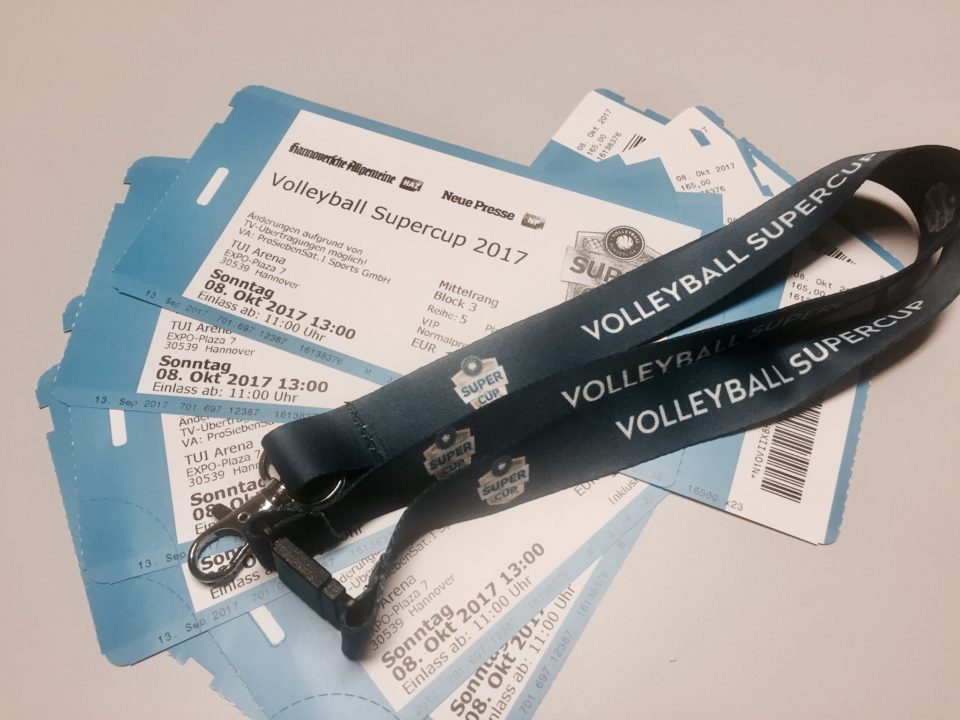 The Bundesliga A season kicks off with Berlin Recycling Volleys taking on VfB Friedrichshafen in the 2017 Super Cup. Archive Photo via http://www.volleyball-bundesliga.de/

The 2017 Bundesliga Super Cup features two familiar rivals and perennial powers, Berlin Recycling Volleys and VfB Friedrichshafen, facing off in the inaugural match of the 2017-2018 Bundesliga A season.

Super Cup matches the previous season’s German Cup winner against the overall Bundesliga A champion (or runner-up if the same team wins both titles, as was the case this past season). Both sides should be among the front-runners this season.

VolleyMob compiled a preview of the match that includes 10 fascinating facts about the two teams and several of the players. You can learn what the two USA players, Berlin Recycling’s Kyle Russell and VfB Friedrichshafen‘s Scott Kevorken, had in common in May of 2013, as well as the age difference between VfB’s captain, Simon Tischer, and the coach of Berlin Recycling Volleys, Luke Reynolds (spoiler alert: the player is older than the coach).

Also, VolleyMob plans to feature recaps of the previous week’s highlights every Monday during the regular season, which starts in less than a week on October 14th.