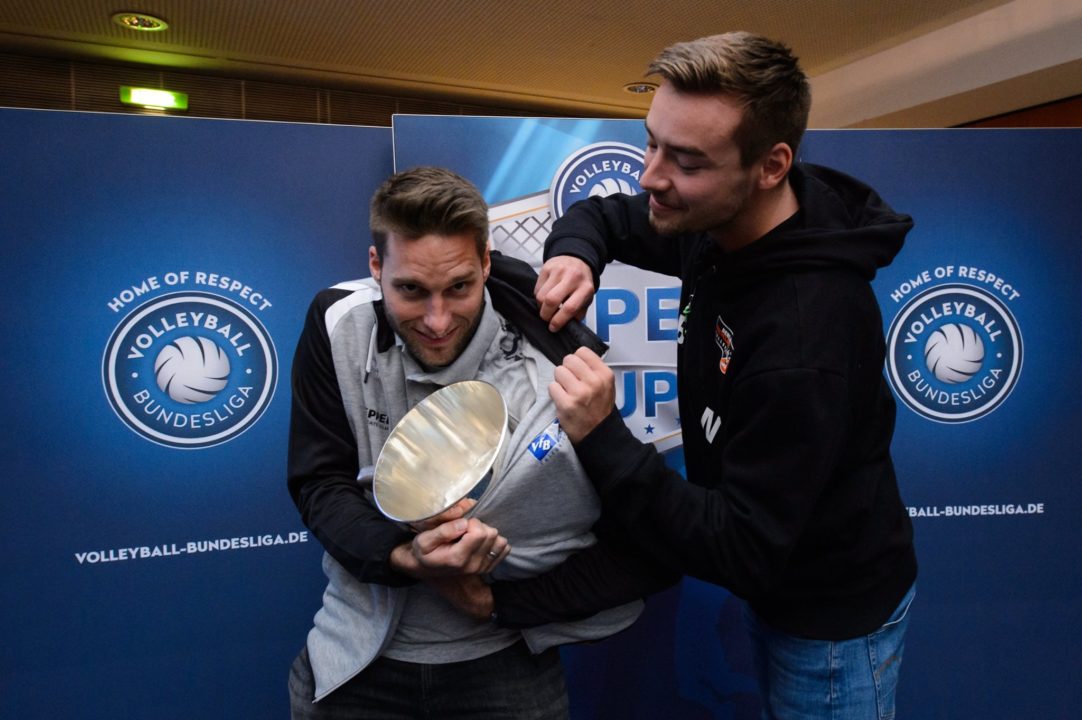 On October 8th, Simon Tischer of VfB Friedrichshafen (left) and Georg Klein of Berlin Recycling Volleys (right) will battle for the 2017 Super Cup on the court at TUI Arena in Hanover. Archive Photo via http://www.volleyball-bundesliga.de/

Every season, this much-hyped exhibition match features the previous season’s German Cup winner, against the overall champion (or runner-up if the same team won both, as was the case this year).

That’s the basic plot line, but here’s some backstory uncovered on the 2017 Super Cup website, and elsewhere, that makes this year’s contest even more fascinating.

Need more reasons to get excited about the start of the Bundesliga A season? We’ve put together five more.