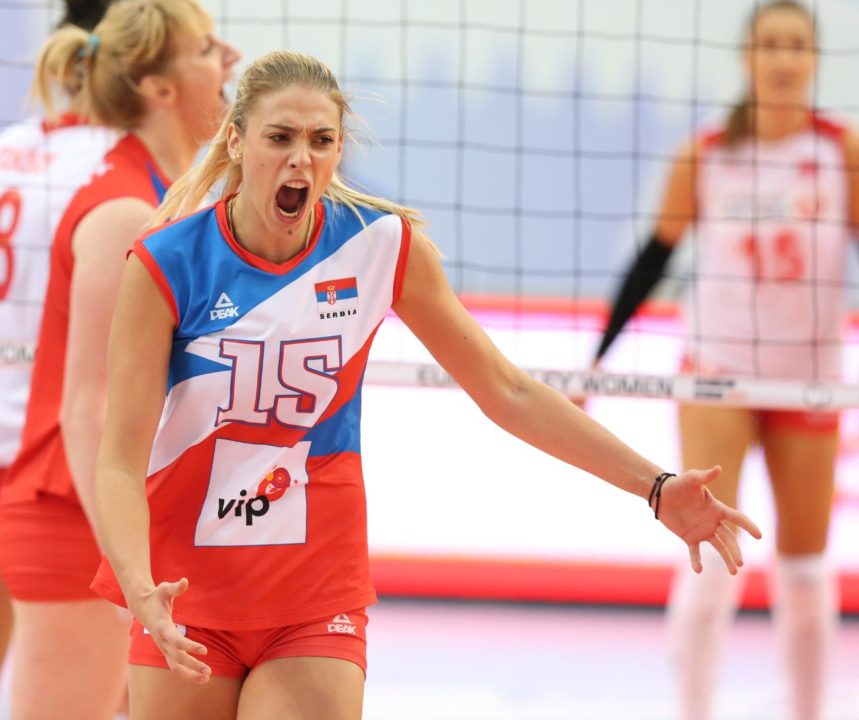 The Netherlands and Serbia will fight for the top prize of the 2017 CEV European Women's Championships. Current Photo via CEV

The Netherlands and Serbia will fight for the top prize of the 2017 CEV European Women’s Championships. This year will see a new champion crowned with the two teams competing in the finals since Russia, the reigning champions, was downed by Turkey in the quarterfinals.

In the semifinals, the Dutch squad had to fight through a feisty Azerbaijan team that has rallied through the competition with no losses until the semis. Anne Buijs led the team with 33 points in the semifinal match against the hosts while Lonneke Sloetjes added another 25. Sloetjes has led the team in the competition with 104 points in six matches. These two players will need to be on for the Dutch in the finals for the Netherlands to have a shot over a firey Serbian squad.

For Serbia, Tijana Boskovic has led the team consistently with 101 points over the teams five matches in the tournament. Brankica Mihajlovic and Stefana Havelkova have added significantly to the Serbians with 56 and 55 points, respectively. Serbia has not lost a match yet in the tournament, flying through their opponents on the way to the finals as the overwhelming favorites.

Both teams will have to step up their play and stay consistent to take the European Championship title.

Click here for a link to where to watch the match.

Jan – doesn’t appear to be. We were surprised as well, as they’ve live-streamed every other round of the knockout stages. Must’ve been technical issues or a TV rights issue.

There’s one now! Went live after the match began. At least you can watch the replay?