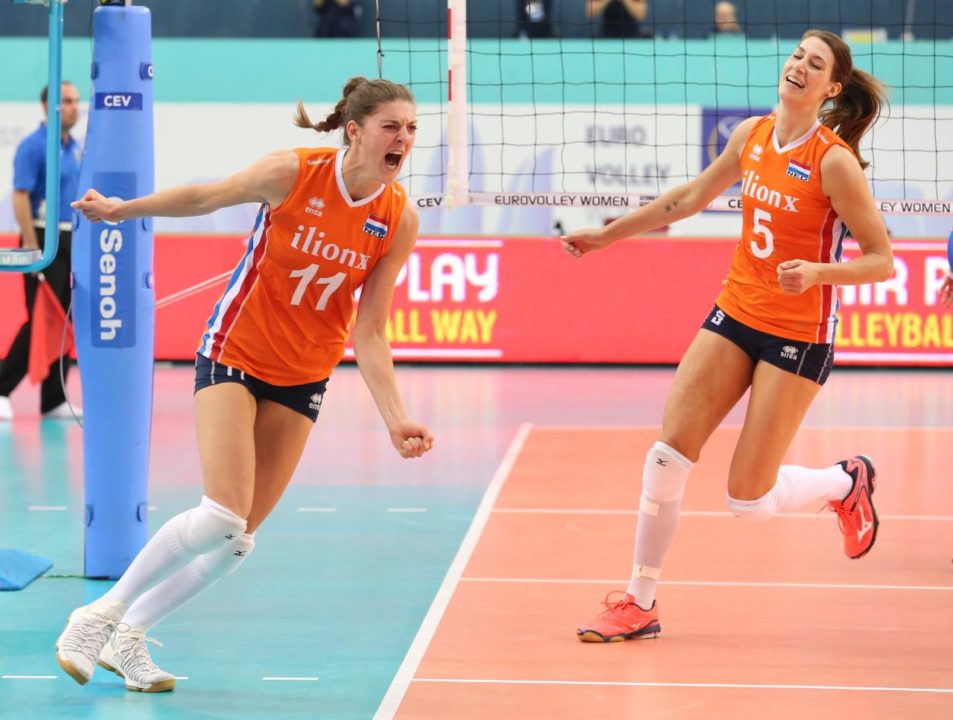 The Finals are finally here, and with it, a showdown that will pit the competition’s best two teams against each other. The Netherlands and Serbia will both vie for their second European title in history – after they achieved this feat on home soil in 1995 and 2011, respectively. The ‘grand finale’ of the tournament will be a repeat of the match-up these teams contested only a week ago in Ganja – which Serbia easily won 3-0. However, The Netherlands have risen through the ranks, and have won every game they played in thus far.

This game will be a rematch of their pool play match-up, which Serbia easily won 3-0. Tijana Boškovic scored 27 points in that match. Since they, it steamrolled through its competition, reaching the finals having lost only one set in the competition. Its attack prowess is just phenomenal, and leads the whole competition at 37% efficiency, with the Dutch coming close behind at 36%.

Serbia continues to impress, even with all roster setbacks it suffered before the start of the tournament. Reaching the finals in itself was an over-achievement for these girls, doing it while only losing one set was the cherry on top of it all. Serbia just plays through all of its hardships like it’s nothing.

A Netherlands and Serbia finals is a testament on how volleyball will progress into the future. Both teams sport horrible receiving lines, among the worst in the tournaments. However, their attacks are by far the best in the competition, making this game an offense x offense match-up. The Netherlands has a very experienced squad that rarely falters in decisive moments. However, they did blow a seven point lead in its fourth set against Azerbaijan that almost cost them the game. Meanwhile, Serbia has played its competition like they were high-schoolers, including the Dutch itself, with no difficult at all. Serbia will win in 4 sets.

As said before, this will be an offense x offense game. Anne Buijs has come up big for the Dutch in their last matches, sharing the scoring load with Lonneke Sloetjs, while shouldering most of the team’s reception duties. Against Azerbaijan, she scored 33 points on 35% spiking efficiency. Meanwhile, Tijana Boskovic continues to play in dominant fashion. She is averaging 7.2 points per set on 43% hitting efficiency, trailing only Polina Rahimova for first spot in the tournament, and scoring 0.64 aces per match, which leads the competition. She also had her way with the Dutch in their pool match-up, scoring 27 points in only three sets of play.