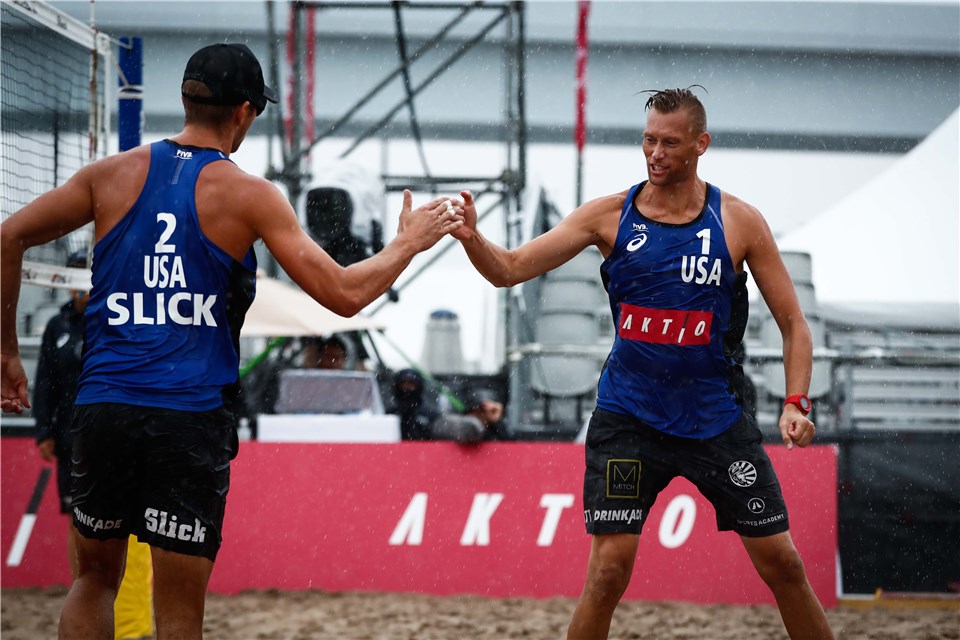 The Tokyo Three Star semifinals and podium matches are set to begin at 10 p.m. ET Saturday and will be streamed live on the FIVB YouTube channel. Americans Casey Patterson/Stafford Slick will vie for the bronze at midnight ET.  Current Photo via FIVB

The podium matches are set for the men’s Tokyo Three Star, while the women’s semifinals start the evening’s action.

All semifinals and podium matches will be streamed live on the FIVB YouTube channel.

The Grimalts will be looking for their first FIVB World Tour podium finish and have already achieved their best placing of the season ahead of a ninth-place effort the Espinho Four Star on July 8.

Kolaric/Basta are looking for their third podium finish of the season, following gold at the Aydin One Star on May 20 and silver at the Lucerne Three Star on May 13.

Despite tonight’s result, Patterson/Slick, which teamed up in January, have achieved their top FIVB placing of the year ahead of a fifth-place effort at the Lucerne Three-Star.

Bergmann/Harms are looking for their first podium finish since winning gold at the Oman One Star on March 17 and just their second as a pairing.

On the women’s side, Finland’s Taru Lahti-Liukkonen/Anniina Parkkinen earned the first spot in the semifinals.

The remaining three quarterfinal matches which were washed out yesterday started the action on Saturday:

Mersmann/Tillmann are vying for their second FIVB crown of 2018 following a gold at the Baden One Star on June 17.

Murakami/Ishii are looking for their first FIVB podium finish since winning gold at the Daegu One Star on July 16, 2017.

Lunde/Ulveseth and Lahti-Luikkonen/Parkkinen are seeking their first ever FIVB medals.