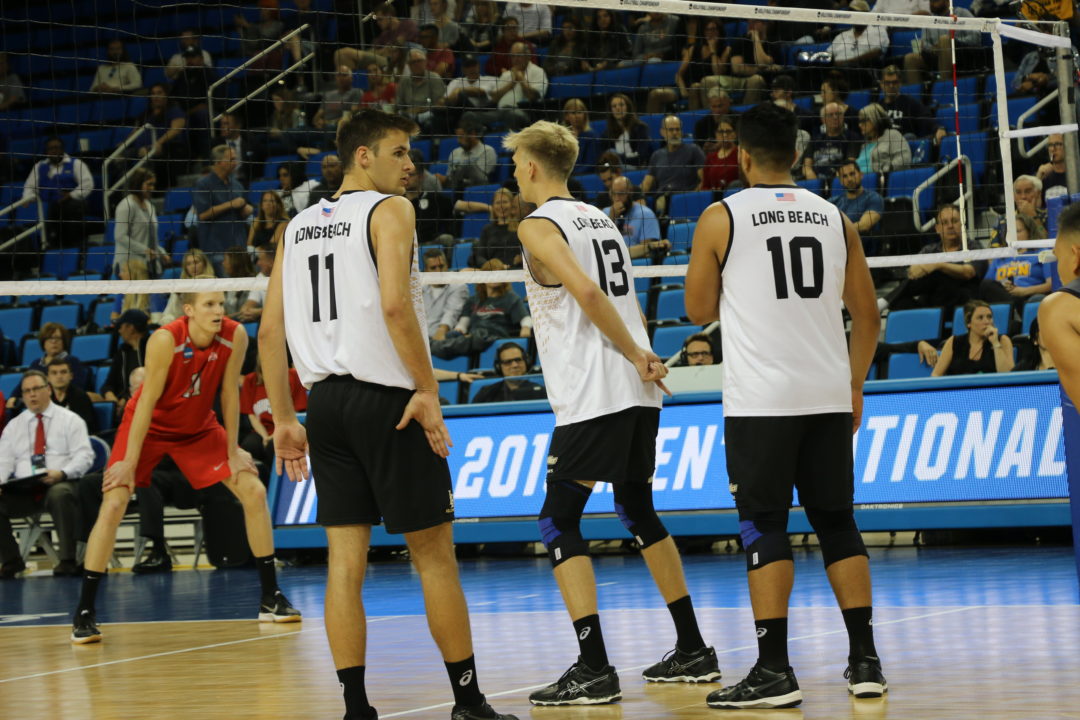 Coach Alan Knipe spoke on his team's breakthrough to their first national championship after semi-final losses in each of the last 2 years. Current Photo via Anne Lepesant

“We’ve been preparing for this moment all year long,” Knipe said. “In reference to the semifinal losses, we didn’t play well in those matches, not to take anything away from our opponents, but it is nice to be on the flipside. These guys have taken us to the National Championships as freshmen and sophomores, now they’re a different group and they’ve done a wonderful job. I’ve been through these situations before as a player and a coach and I hope some of that rubs off on our guys and obviously we can talk through it and understand what it feels like and all that emotion pumping through your body . How are you gonna handle it? Is it going to be frustration or determination? There’s a real thin line between those in sports, but determination has you focusing on the next point while frustration has you with your head down. At the end of the day today, we were executing with determination. And that comes from resiliency and frankly lessons learned from failure.”

As for the team’s star outside hitter, TJ DeFalco, he made sure that his teammate Josh Tuaniga, who made the winning kill on a second-touch dump, received recognition.

“I’ve said it for I don’t know how long but it’s about time that he gets recognized,” DeFalco said. “I mean we do our jobs passing the ball, but really nobody helps him do his job. He does the hard part. Outside hitters have dominated the [Player of the Year award] because they do the fancy part and kill balls, but nobody recognizes the guy who makes the second contact so it’s about time.”