What Yoandry Leal in Italy would mean for Civitanova 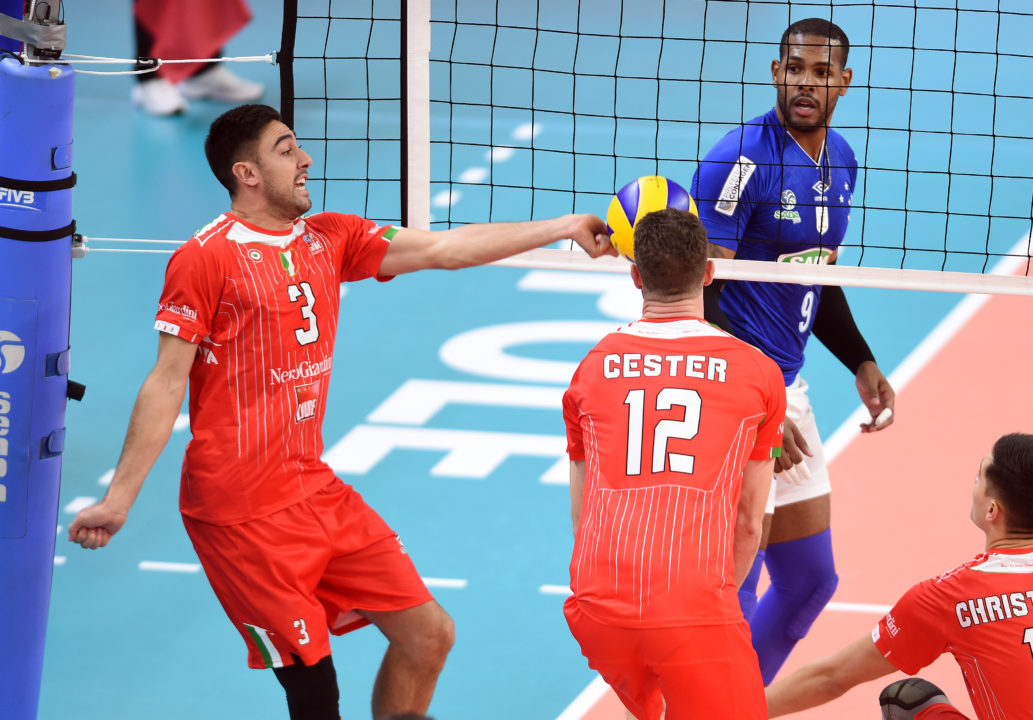 According to Brazillian journalist Daniel Bortoletto, Lube Civitanova are the favourites to add Cuban superstar outside Yoandry Leal to their roster next season. Leal is one of the most valuable players in the world right now, being one of the rare outside hitters that is an extremely potent hitting option while passing and defending efficiently. He has played for Brazillian club Sada-Cruzeiro for the past 6 seasons, leading them to multiple South American championships and three World Club Championships. Leal has been playing in Brazil for so long that he has become a naturalized citizen and will be able to play for their national team starting in 2019. Bortoletto has sources that believe he is ready for the next stage of his career.

For Civitanova, Leal could be paired with fellow compatriot Osmany Juantorena, an outside tandem that would comfortably be the strongest of any team. This move would put the future of Taylor Sander in Civitanova into question as Sander is also one of the strongest wing-spikers in the world and would be completely wasted spending a season on the bench. Of course, Taylor Sander without Micah Christenson is like Drake without 40: good enough on their own but ultimately much better together. There have been rumblings that Micah might not be in red & black next season and both Americans departure would mean an unrecognizable roster for Civitanova next season.

For Sada Cruzeiro, losing Leal would be an extremely difficult hole to fill. Along with Robertlandy Simon, he has been the backbone of their offense for the past several seasons and a beloved fan favourite. While there is no shortage of capable Brazillian outside hitters, only Ricardo Lucarelli can really come close to matching the complete skillset that Leal possesses. Unless the club manages to woo one of the other top outside hitters, losing Leal could spell the end of Sada Cruzeiro‘s dominance over men’s club volleyball.

The featured pic says it all….although sanders is a fine player, he is nowhere close to Leal’s level… this swap would put Lube right up there with whichever team signs Leon next season