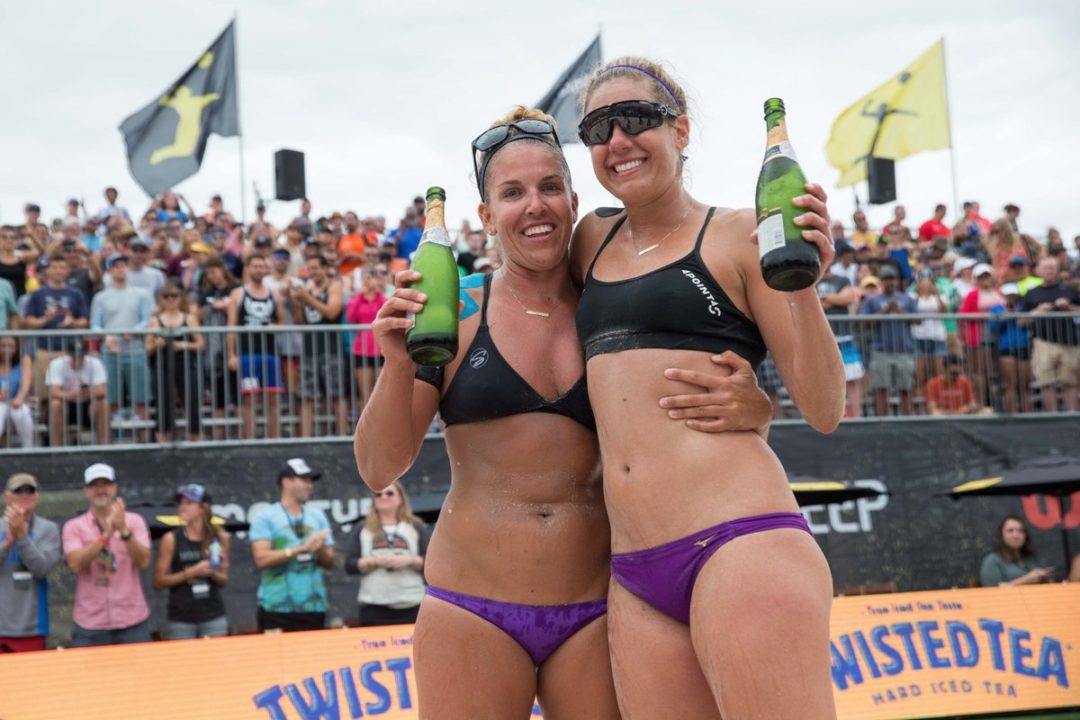 No. 2 seed Whitney Pavlik and April Ross are AVP Austin Open Women's Champions after edging No. 3 Kim DiCello and Emily Stockman in three sets in the finals.  Current Photo via AVP

No. 2 seed Whitney Pavlik and April Ross are AVP Austin Open Women’s Champions after edging No. 3 Kim DiCello and Emily Stockman in three sets in the finals. Pavlick/Ross bounced back after dropping the first set to take the 14-21, 21-16, 15-11 win.

Pavlik/Ross made the championship match after defeating No. 4 Angela Bensend and Geena Orango 21-11, 21-15 in the semifinals Sunday morning. The pair played their way into the semis with a contender’s bracket win after falling to DiCello/Stockman in the third round.

Pavlik and Ross earn their first AVP title of the season after finishing third at the Huntington Beach Open, May 4-7. The title is the 27th of Ross’ AVP career and 48th overall, and the first AVP win for Pavlik, the 2008 AVP Rookie of the Year.

The next stop on the AVP Tour is Hudson River Park Pier in New York, June 8-11.